Is it really an April Fools "prank" if what you put together actually performs its stated function? Either way, you probably won't want to keep the "Self-Browsing Chromebook" app on your machine for more than a day or so. According to Google's straight-faced Chrome Blog entry, the app is intended to automate your entire computer experience. What it actually does is take over your laptop with a full-screen interface that navigates around the web by itself. 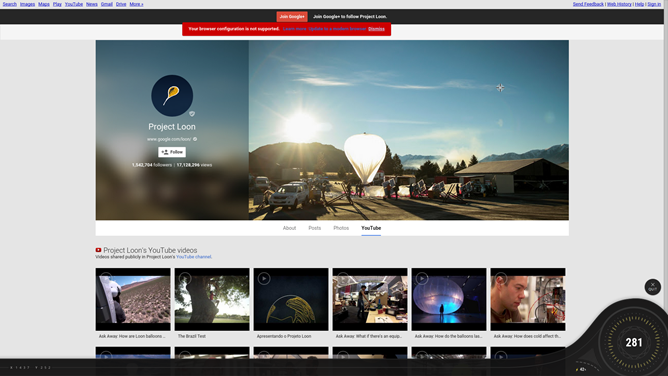 And it's not just a random selection of websites loaded one after another. No, the slightly sci-fi app (which, yes, can really be installed on Chrome OS devices) uses its own cursor to select new links and scroll through pages, about one every three seconds. It's kind of fascinating to watch, if only to see the lengths that Google went to for a "fake" app. Self-Browsing Chromebook isn't exactly random - it seems to really like going down the Wikipedia rabbit hole, then hitting one of several dozen Google properties - but it is fun to observe in a zen sort of way. The user has absolutely no control: the only way to get back to Chrome's standard interface is to press the Escape button. Unfortunately Self-Browsing Chromebook doesn't work on Windows or OS X versions of Chrome, so you'll need a Chromebook (or other Chrome-powered device) to see it in action. Google might keep the extension around past today, but I doubt it.