In 2013, Google announced the death of its RSS reading platform Google Reader. At the time, Google cited declining usage as the official reason for Reader's closure, wrapping it up along with things like Cloud Connect, Voice for Blackberry, and Building Maker as part of a second round of "spring cleaning."

It comes as a huge surprise then to see the app back in the Play Store almost two years later with a new icon and brand new interface, jumping from version 1.1.8 up to 2.0. 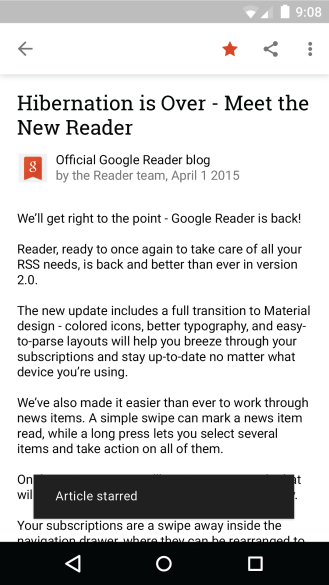 Functionally, the app appears to be in step with its previous iteration, but the design (which at the time of Reader's closure was a mix of holo and gingerbread aesthetics) has been totally overhauled with material in mind, taking a few cues from one of Google's other reading services - Google Play Newsstand. 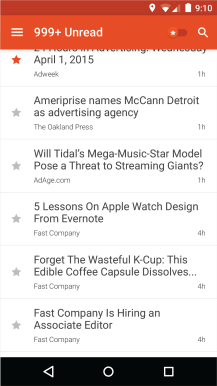 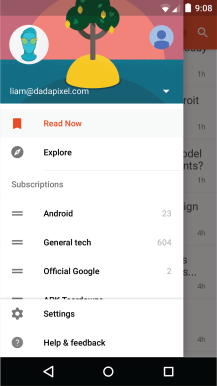 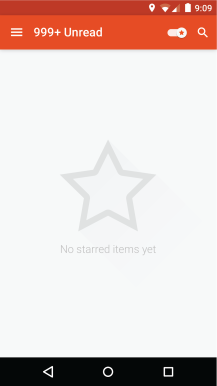 Colors from each source are picked up for iconography and other elements in the individual article view, while an Inbox-style toggle switches between the full stream and your starred items. Reader now tucks your subscriptions into a customizable nav drawer, along with "Read Now" and "Explore," keeping the rest of the interface open for content.

Download: To get the full run-down on the new Reader, hit the source link, grab the update for yourself from the widget below, or grab the APK directly from APK Mirror.

Google Quietly Removes Its Finance App From The Play Store