Fotonica is one of the most unique runners we've seen in a long time. It's played out in first person: tap down to run, release to jump, tap and hold while in mid-air to dive. The vector graphics are trippy and interesting - think Tempest for the 21st century. The game is $1 (at the moment) with no in-app purchases, and includes both structured levels and several "endless" game modes. A splitscreen multiplayer mode lets you share the experience.

Ever wondered what running at 140mph feels like? FOTONICA is a first-person game about the thrill of speed and traveling flawlessly through complex environments. One-handed controls: hold your finger down to run, release to jump, hold in mid-air to dive and land. FOTONICA is simple, but is not easy: it follows a tradition of arcade games that are easy to pick up and almost impossible to master. A multi-layered level design across eight different tracks, together with a procedural endless mode make for a game that is incredibly deep. 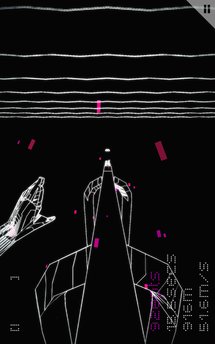 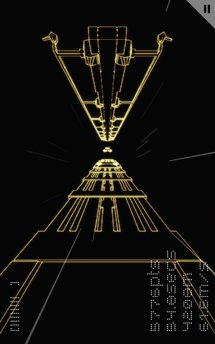 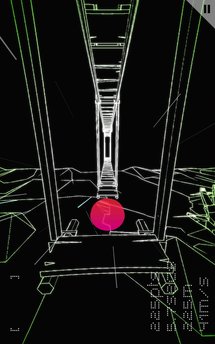 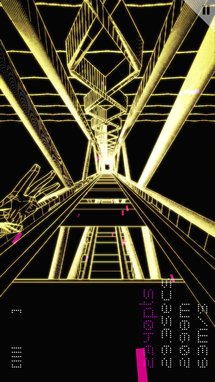 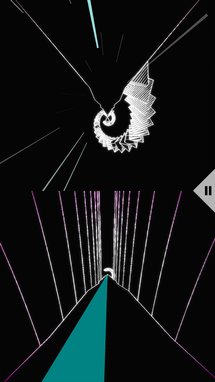 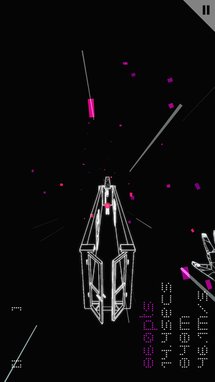 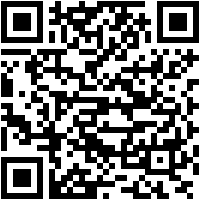 Android Police coverage: Boss Monster Is A Fantasy Card Game Where You Bring Heroes To Their Doom, Now Available For Android Tablets With Online Multiplayer

It's always much more fun to play the villain, especially when you have a dungeon of your very own. Boss Monster is a digital version of a turn-based card game which lets you build and equip a gauntlet of booby traps, smaller monsters, and confusing passageways to send hapless heroes to their doom. It's free to try, but to access online multiplayer or the expansion packs you'll need to buy the base game for $6.99.

Become a boss, build a dungeon, and destroy puny heroes. The best-selling indie card game has arrived to Android. Boss Monster is a dungeon-building card game that challenges players to become the ultimate villains: video game bosses. Thousands of players around the world have enjoyed the paper version of the game, but now Brotherwise Games has partnered with video game developer Plain Concepts, creators of Wave Engine, to bring Boss Monster from the tabletop to the digital world. When Frozen Synapse debuted on consoles it was praised for its unique take on tactical strategy: the game is turn-based, but both your units and the enemy move at the same time across the top-down battlefield. The simultaneous action introduces an element of randomness into the normally meticulous genre. The Prime version of Frozen Synapse is an enhanced re-release, but unfortunately the $5 game leaves out the multiplayer modes.

Take on the role of Tactics, leading a small rebel faction to overthrow a powerful corporation controlling the city of Markov Geist. Control an elite strike team of futuristic soldiers; from shotgunners and snipers, to grenadiers and machine-gunners in the ultimate turn-based strategy game. Plot paths and issue orders to your units, test your plans and predict your opponent in each turn. Combat plays out on procedural, 3D, destructible and customizable battlefields. X-Men: Days of Future Past

First of all, this licensed Marvel game is based on the comic book storyline, not the movie with the similar title. And that's probably a blessing: a side-scrolling beat-em-up based on Fox's version of X-Men would probably have in-app purchases. Instead, this $4 premium game lets you play as seven different team members to go through the time-hopping story. Fans of the old X-Men arcade game will be pleased.

Play as Wolverine, Storm, Kitty Pryde, Colossus, Cyclops, Polaris or Scarlet Witch as Marvel’s finest X-Men fight for the future of mutant and human kind in the two separate timelines of Days of Future Past. The world around you is in ruins. Sentinel robots have enslaved most of the United States and are set to stage a global war. The X-Men have failed; the few who survived this nightmarish future are imprisoned in Mutant Internment camps. But all is not lost, the battle for the future can be fought in the past.

This isn't your typical Tin Man text-based adventure. Aside from being a tongue-in-cheek retelling of Hamlet that lets users play as both the prince (+1 soliloquy skill) and Ophelia (-1 weakness to water), the whimsical story includes art from the creators of some of the more notable webcomics out there, like Penny Arcade, The Oatmeal, and Saturday Morning Breakfast Cereal. For fans of classical English literature and/or text-based RPGs, this one should be a real treat... and you won't even have to understand iambic pentameter to enjoy it.

William Shakespeare's Hamlet has finally been restored to its original second-person non-linear branching narrative format. I know. What took so long, am I right? Now it's up to YOU to decide what happens next. Play as Hamlet and revenge your father's death. Play as Ophelia and make scientific discoveries. Play as King Hamlet, Sr. and die on the first page. Discover sweet art as you play from some of the greatest and most attractive artists of Our Time, including Kate Beaton (Hark. A Vagrant), Anthony Clark (Nedroid), Mike Krahulik (Penny Arcade), Matthew Inman (The Oatmeal), Ethan Nicolle (Axe Cop), Andrew Hussie (MS Paint Adventures), Zach Weiner (Saturday Morning Breakfast Cereal) and WAY more. 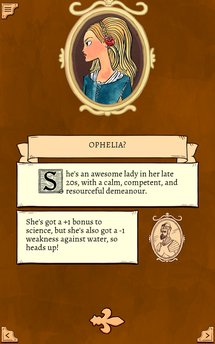 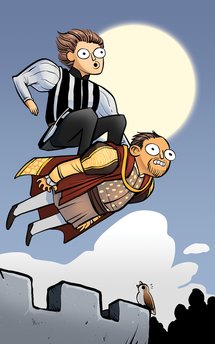 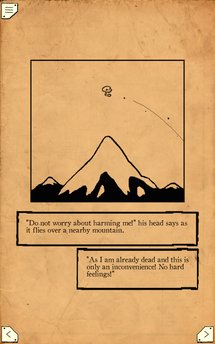 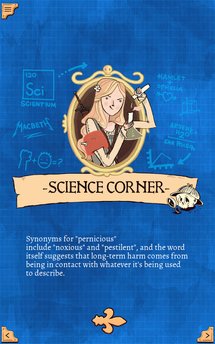 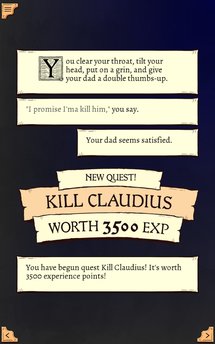 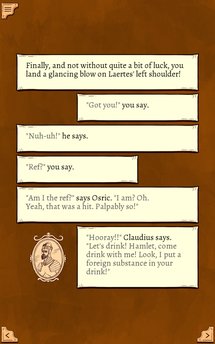 Download QR-Code
To Be Or Not To Be
Developer: Tin Man Games
Price: $7.49

Pixel Heroes is the latest in the seemingly unstoppable fad of "retro" pixelated roguelikes. Pick a hero, build a party, kill a bunch of blocky bad guys, get loot, upgrade your skills, and try not to die. If you do bite the randomly-generated dust, you'll have to start again, since there's no such thing as an extra life in a roguelike. This game is pricey at $7, but features no ads or in-app purchases.

Enter the world of PIXEL HEROES and prepare yourself for a thrilling RPG/Roguelike experience like you have never seen before. Explore a randomized world full of hilarious events, deadly dungeons and the weirdest NPCs you will ever meet in a game. Choose three heroes for your party and take them on a journey that will be completely different each time you start a new game. Bath in a pool of procedurally generated loot and defeat the evil forces that threaten the township of Pixton. 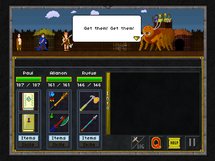 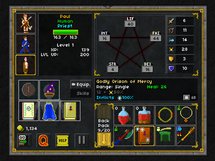 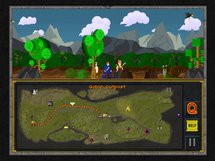 Blockwick 2 is a fairly simple sliding tile puzzler, made a little more user-friendly with the ability to slide the puzzles around with more freedom than usual. The presentation and polish are what appeal to me: though the concept has been done before, the creativity on display with some of the color-matching elements is impressive. Some of the stages even have Centipede-style strings of blocks that move on their own.

Welcome to Blockwick 2 – a world of jumbled blocks and colorful shapes. It’s up to you to unscramble the blocks and connect the colors. The game introduces a slew of new block types – entangled blocks, sticky blocks, caterpillar blocks, and more. Play through 160 levels of increasing difficulty and illuminate the glyphs for an extra challenge. From the creators of Aqueduct, Orba, and Monster Soup comes the next installment in the Blockwick universe. 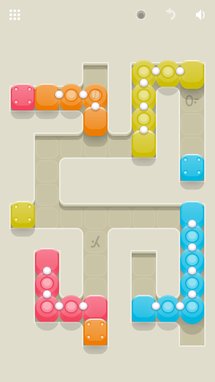 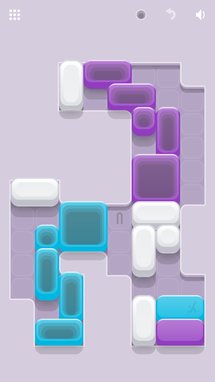 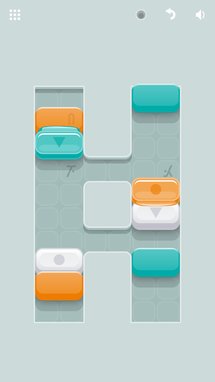 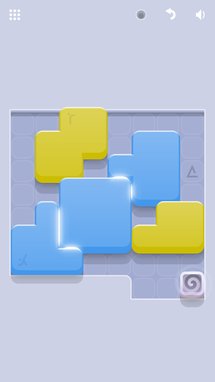 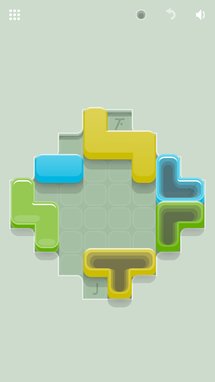 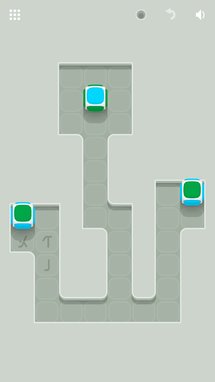 That's all for March. If you're interested in gaming hardware, be sure to check out my review of the Thrustmaster Score-A Android Bluetooth controller. As the summer movies start coming in we'll begin to see a lot more licensed games, but the ones that are worth playing are generally few and far between.