Did those rumors of Microsoft investing in professional ROM developer Cyanogen spook you, Android purist? Then you might want to skip flashing today's nightly build for your Nexus 6. Starting late last night, CyanogenMod devotees who flashed the March 31st nightly builds to their phones and tablets were disheartened to see the following message as Android was upgrading: 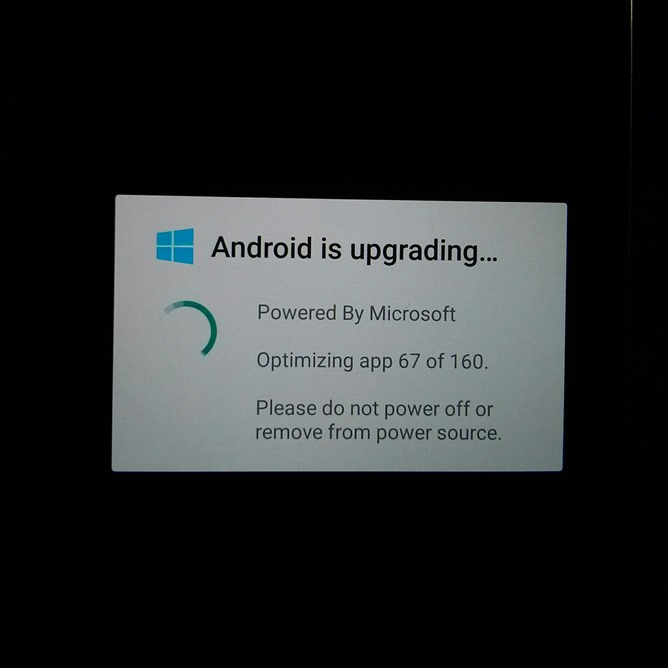 That sound you heard was millions of CyanogenMod devotees who cried out in terror... and were suddenly silenced as they looked at the calendar.

You can actually see the changes in the code review for CyanogenMod 12 (Android 5.0) and CyanogenMod 12.1 (Android 5.1, which isn't even being published in nightly form yet). The author of this particular patch is "Steve Ballmer," former Microsoft CEO. Don't worry, the changes have already been reverted for the next build. 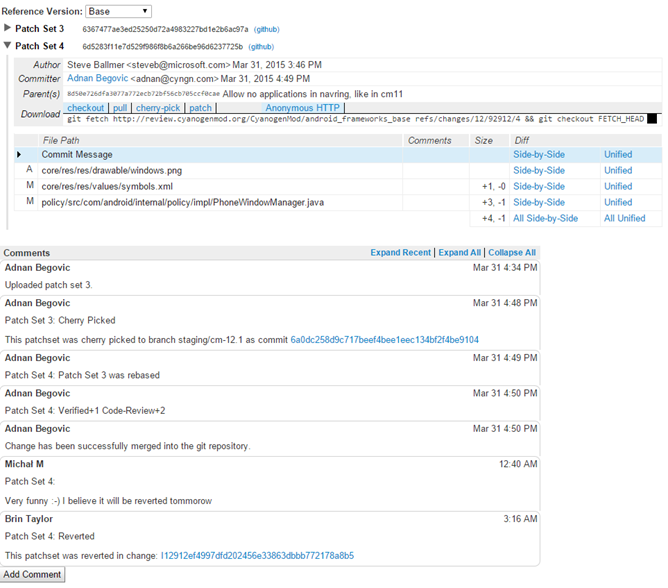 For the record, Microsoft wasn't listed among the investors in Cyanogen's latest round of funding, which included Twitter, Qualcomm, Telefonica, Rupert Murdoch, and Andreessen Horowitz. Also for the record, Cyanogen said that some partners in the $80 million C round had yet to be announced. The company is currently partnering with phone maker Blu to release a handset pre-loaded with CyanogenMod (and no Google apps) later this year. Maybe a little concern is warranted after all.

[April Fools] HTC Announces The RE Sok, The Smartest Socks Your Feet Will Never Wear