Before you complain in the comments about the fact that all of these apps added Chromecast compatibility weeks ago... well, I suppose there's no power in the 'verse that can stop you. We reported that the TED Talks app got Chromecast powers back in November, but apparently Google's Chrome blog just spotted that today, and the Pac-12 app got it back in February. Qello Concerts? It was enabled on March 18th. In fact the only truly newly-equipped app in Google's post is MTV.

Even so, it's notable. The Pac-12 Now app offers live coverage of all kinds of sports from its popular member schools, including the NCAA March Madness tournament currently in its semi-final round. Of course you can't watch it for free (or even for not-free, at least in the sense that you can pay directly) - you'll have to subscribe to a cable or satellite package to log in. That defeats the purpose somewhat, but I suppose it could be useful if you're watching games at your friend's house on his Chromecast-equipped TV.

MTV is the live and on-demand app for, uh, MTV, and it also requires a cable log-in to access content. Qello offers televised versions of live concerts. There's a bit of free content in the app, but to get the whole catalog of classic and new concert footage, you'll have to shell out $4.99 a month. 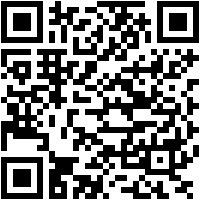