Of Google's office document family of web and mobile apps, Sheets is arguably the one with the most uphill battle against the likes of Excel. People ask a lot of spreadsheets, both in terms of the sheer amount of information they ought to contain and in the myriad features desired. Google is stepping up its game in the latter area now that they are giving users more powerful tools for conditional formatting.

The Sheets web app already has these new features, which include most notably the ability to add gradients that are conditional upon the value of the individual cell. Here's an example of an end product:

Basically, you choose two colors, which will represent the ends of the gradient. You can set the midpoint as either a percentile or number of your choosing, but by default it will choose the median as the middle of the gradient, which can be another color. See below for a look at the menus on the web.

While the gradients are the flashiest aspect of the updates, they are not the only part. The entire pane for setting these rules, for one, is new. You can also perform other conditional formatting like bold, italics, etc. via this interface. See below for an example of multiple rules acting on the same cells. 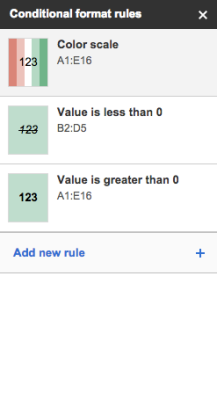 Let's view the end product of these various formatting rules on Android. 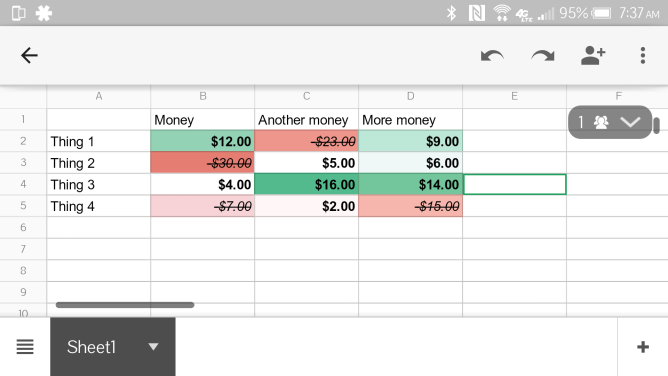 The current Android version of Sheets supports reading these rules perfectly. Likewise, if you change the values in the conditionally formatted cells, the gradients and whatever else you have set up will respond accordingly. The reason the support is only partial is because you can't actually set or edit the rules. Google hasn't indicated when or if they will add the ability to do that in Android, but surely they will eventually.

LG Will Hold A Leather-Themed Event On April 28th, Probably To Announce The G4