The Chromecast is great! Wouldn't it be even greater if it could actually run Chrome, instead of being a point for streaming video and music? ASUS seems to think so. Tucked into an announcement of new Chrome OS laptops, Google posted a preview of the Chromebit on the official Chrome blog. It's basically Chrome OS on a stick: plug it into the HDMI port on your TV, add some MicroUSB power, and you've got access to a full copy of Chrome OS. 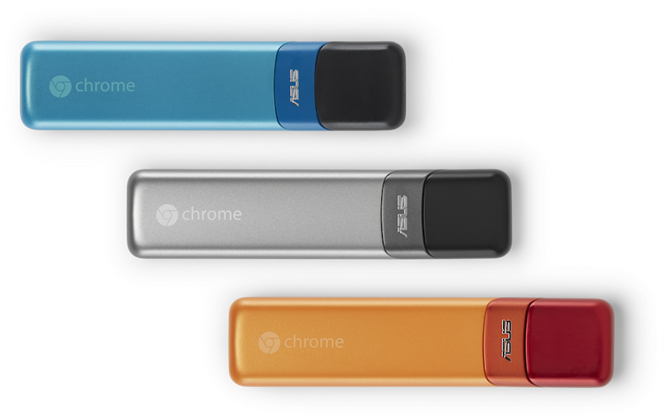 This isn't exactly a new idea - thanks to miniaturization of low-power hardware, manufacturers have been able to cram Android, various flavors of Linux, or even Windows onto these tiny HDMI sticks. But Chrome represents some interesting opportunities. Google doesn't say what hardware is inside the Chromebit, but Gizmodo's hands-on post says that it's running on an ARM-based Rockchip RK3288 SoC with 2GB of RAM and 16GB of storage, plus Wi-Fi, Bluetooth, and one external USB 2.0 port. The elongated stick includes a swiveling plug for hard-to-access ports, and it will come in a variety of colors. 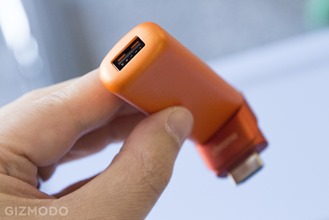 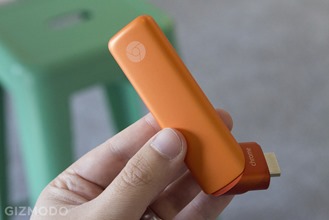 That hardware is even less powerful than most Chromebooks, so don't expect the Chromebit to be your new entertainment center. But that USB port is enough to add a mouse and keyboard combo (or you can use Bluetooth). Alternately, you can always use Google's Chrome Remote Desktop app to control it via your smartphone. The Chromebit might be useful for more than just televisions, too: plug it into any HDMI-equipped monitor and you get an instant Chrome terminal on the cheap, albeit one without easy access to sound.

For roughly three times the price of a Chromecast the Chromebit grants access to the entire web (including sites that usually charge for access to the TV, like Hulu) and a growing library of Android apps. Is it worth it? We'll see in a few months, as ASUS plans to launch the Chromebit "for less than $100" sometime this summer.

Facebook Introduces 'Scrapbooks,' A New Way For Parents To Tag And Organize Pictures Of Their Kids