Just about every American carrier is eager to take your pre-order for the new Galaxy S6, Galaxy S6 Edge, or HTC One M9, but if you prefer to get your phones from Amazon, they'll happily take your money too. Right now it looks like the only way to buy the phones are through the carriers, complete with the various lock-outs on AT&T and Verizon models, but you can purchase them with new contracts, renewed contracts, or contract-free. 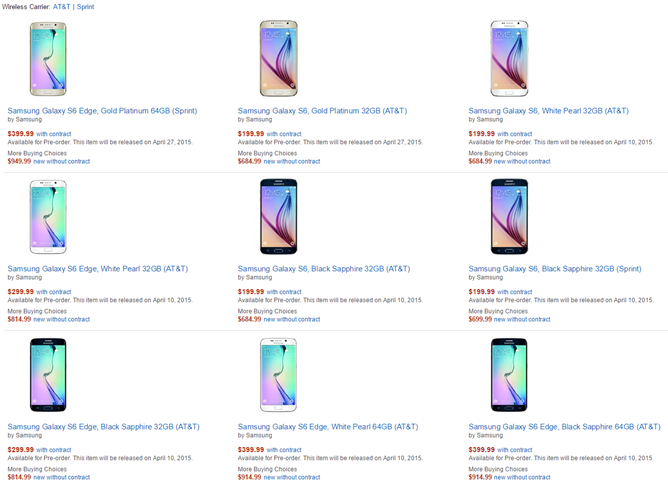 Oddly there are no Verizon variants of either Galaxy S6. There aren't any 128GB models of the Galaxy phones either, but that's hardly surprising. Keep in mind that Amazon has to deal with each carrier individually, so more models are likely to become available at some point, along with unlocked versions sold by third parties. If you're waiting for a deal, I'd suggest you keep waiting - Amazon's official wireless offerings often go on sale a few months after release. All three phones are officially available on April 10th, but you might just get them sooner.