Good news, Galaxy S5 owners on Verizon, your phone is finally getting... wait a second. Didn't we already post this story? Hang on a moment, I'll be right back.

This is what happens when you search for "samsung update" on Android Police.

Still here? Good, because I found this story from back in early February, which clearly stated that Verizon's version of the Samsung Galaxy S5 was already being updated to Android 5.0. Which is also happening today, nearly two months later. Apparently Verizon pulled the original update, software version G900VVRU1BNLC, though the reason isn't clear. The new version starting its rollout today is G900VVRU1BOC4. 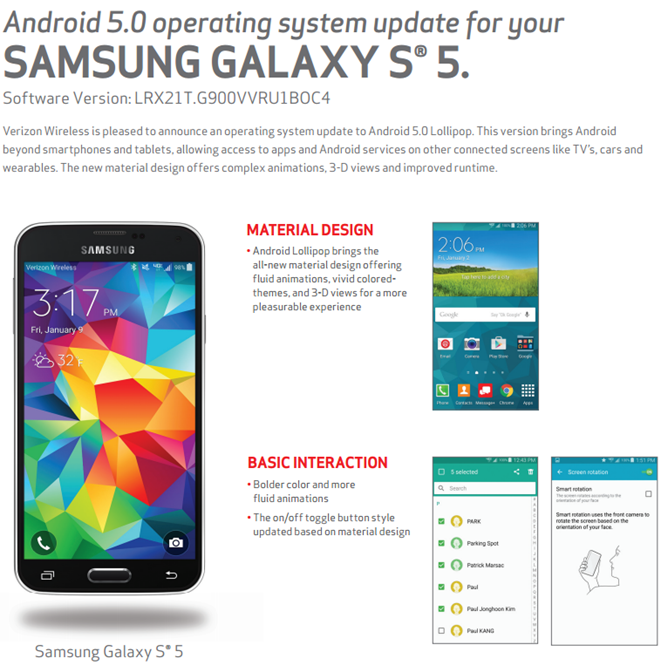 Verizon's update notice doesn't mention anything different - it looks like the only thing that's changed between February and now is the software version number. However, plenty of people who responded to Engadget's story on the original update reported some severe bugs, including crashing apps and rapid battery drain. The February release was uncharacteristically fast for a Verizon Samsung device - maybe someone with an admirable desire to please customers jumped the gun and missed a few important problems in the testing phase.

In any case, Android 5.0 is now available for all Galaxy S5 units on Verizon. Don't be surprised if the rollout takes several days to get to you; if you're impatient, check the usual user forums to see if someone has uploaded the file for a manual flash.