It's been known since launch that Verizon wouldn't give you a SIM card for a Nexus 6 unless you tricked its system. With that said, the assumption always seemed to be that Big Red would at least add IMEI numbers for phones purchased from Google Play once it launched the phone in official capacity. This assumption had historical precedent to back it up, as Verizon did exactly that when it launched the Nexus 7 LTE six months after everyone else. In the official announcement, the carrier went so far as to state, "Users who have already purchased the Nexus 7 (2013 model) will also be able to activate their device on the Verizon Wireless network after they download the latest software update." This caveat was conspicuously absent from the official Nexus 6 announcement, and now we may know why. 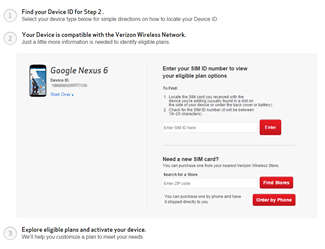 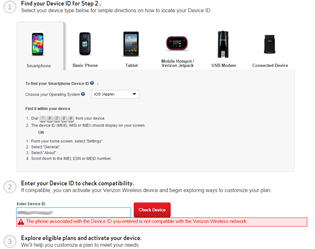 It would appear that Verizon still has not added IMEI numbers for any Nexus 6 that wasn't purchased from Big Red. So, if you had the audacity to buy your Nexus 6 unlocked, you'll still have to jump through hoops to get a SIM card if you're a new customer, and once you have the device active, it'll show up on your account as "Non-VZW Device." At the present time, the carrier's entire system doesn't seem to be set up to handle devices it doesn't recognize. If your phone shows up as unrecognized, customer service reps won't be able to change your plan, give you a new SIM card, or perform assorted other changes to your account unless you put your SIM card into a recognized device first.

Normally, this wouldn't be a big deal, as most people aren't making plan changes or getting new SIM cards on a daily basis. There is one instance where this could be a huge problem, however. If you're on a More Everything Plan, and you're getting a month-to-month discount for having your own device and not being under contract (which would probably be most people bringing their own Nexus 6 to Verizon in the first place), you could lose it. That discount cannot be applied if your phone is a "Non-VZW Device." Further, if you put your SIM card into a recognized phone, then call and have a rep add the credit back onto your account, it might not last long. As soon as you put your SIM back into your rogue Nexus 6, the discount could fall off your account anywhere from the following day to the day that your bill cycle resets. I had this issue personally, and I'm definitely not alone. So, if you want the privilege of using a non-Verizon device on its network, you could be stuck paying a full $40 monthly access fee on top of your data plan, rather than $15 or $25 as you would with a recognized device.

We reached out to Verizon for a comment before publishing, but did not get a response. If we receive one, we will update this post accordingly. Perhaps one day Verizon might add additional Nexus 6 IMEIs to its system, like Sprint did, because isn't one of the first rules of business to make it as easy as possible for people to give you their money?