Pity the poor electronics retailer: with Amazon and others offering low prices and fast shipping in locations all over the world, it's getting harder for old-fashioned brick-and-mortar locations to turn a dime. In North America the only electronics store that seems to be surviving is Best Buy (often by renting out the inside of its own stores to the likes of Samsung and Apple). Today the big-box giant announced that it would be either closing or re-branding all the remaining locations of Future Shop, a Canadian electronics store that's been around since 1982. 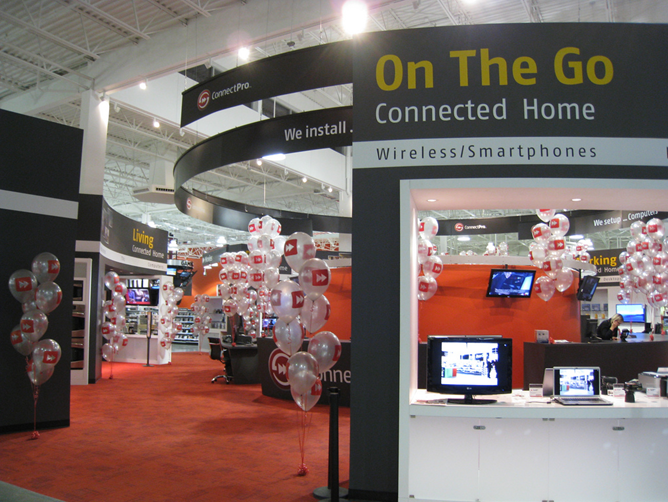 Future Shop has in fact been a wholly-owned subsidiary of Best Buy since 2001, when it was purchased for 580 million CAD. Since then the shops have been run in conjunction with Canadian Best Buy locations, probably without the notice of many customers. Over the past two years Best Buy has been shrinking and consolidating its operations in Canada, closing stores from both brands and laying off hundreds of retail employees. Now 66 of the Future Shop locations in Canadian cities will be shuttered, while 65 others will re-open next week as new Best Buy stores. The Future Shop brand is effectively dead. 500 full-time and 1000 part-time workers will be laid off.

According to Best Buy's press release, the consolidation fixes a problem where many Future Shop and Best Buy retail stores were in close proximity, sometimes even in the same shopping centers.

“Currently, 80 per cent of our customers are within a 15 minute drive to a store and this won’t change,” said Ron Wilson, President and COO of Best Buy Canada. “We will continue to have a strong store presence in all major markets in Canada.”

The consolidation will leave Best Buy with 136 standard stores across Canada, plus 56 smaller Best Buy Mobile locations focused on selling cell phones and service. If you've made a recent order through FutureShop.ca, it will be delivered. Returns and warranties for Future Shop purchases will be honored at Best Buy locations in Canada, as will unused Future Shop gift cards.