Tucked away in the settings area of mobile Chrome, there's an option to reduce how much data you use by having Google compress websites before loading them. The feature, known as Data Saver, made its way over to the desktop version of the browser sometime this week.

To clarify precisely which setting we're talking about here, open up Chrome settings on Android and scroll to the bottom. Here's what you should see. 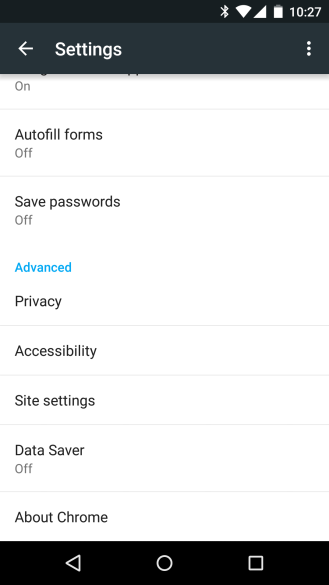 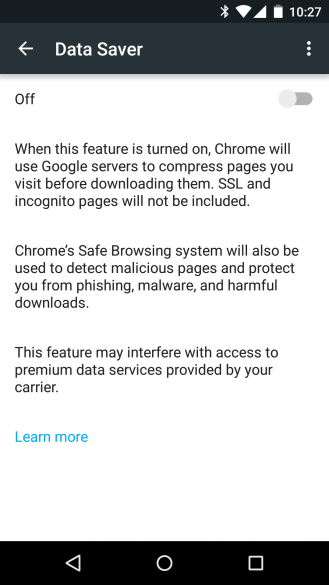 On desktop, it's packaged a bit differently. Google is offering the functionality up as an extension in the Chrome Web Store. Anyone's free to install it, but know that it's still in beta. 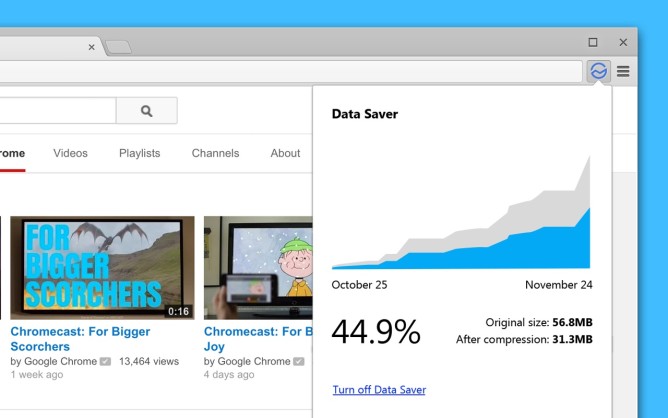 Like the mobile version, Data Saver on desktop will give you a graph of how much data you've saved over time and offer up a direct comparison between what the original usage would have been and what the actual results were after compression.

This feature is less immediately useful on desktops, where people are more likely to be connected to a fast, relatively limitless Internet source. But in those instances when you're hooked up to a mobile hotspot, this can help reduce just how much your laptop gulps down.

According to a post by Googler Francois Beaufort, you can see what's going on behind the scenes by heading to chrome:net-internals#bandwidth. There you can view data reduction proxy settings such as primary and secondary URLs, along with recent events. 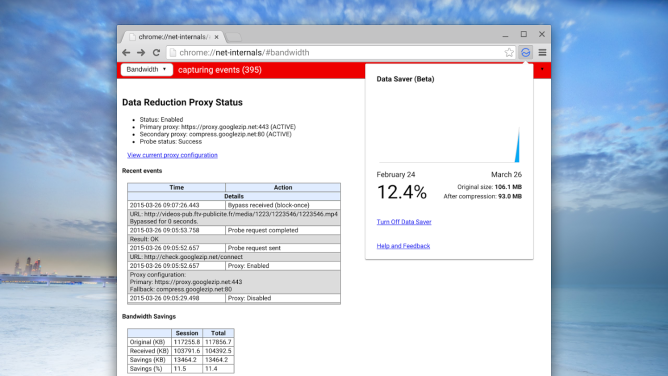