OK, maybe that's being a bit unfair. ZRRO's Pad does use some interesting technology to track the position of your thumbs as you hold them above the controller (up to 1.2 inches from the touchpad), and displays both of them with a pair of custom cursors. Then you tap down to select items, or tap and hold to use touchscreen controls. Theoretically, this would allow ZRRO to play all the games available in the Play Store, not just those designed for conventional game controller input like Android TV, the OUYA, or the MOJO. It also has the advantage of letting you "see" where your fingers are resting without having to look down... though that doesn't seem like an insurmountable problem with laptops or desktops.

The ZRRO reached its Kickstarter goal of $200,000 yesterday, with five days left in the campaign. Hardware backer levels start at $149 (one ZRRO console and one controller pad). The box itself uses a "quad-core 2.0GHz processor" (unknown supplier), 2GB of RAM, 16GB of storage plus a MicroSD card slot, and is capable of 4K video output via HDMI. The current software is KitKat, and the creators claim that the ZRRO will be able to access the Play Store... though certification through Google is often easier said than done. The creators plan to ship backer hardware in September and October of this year. 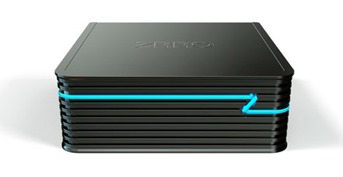 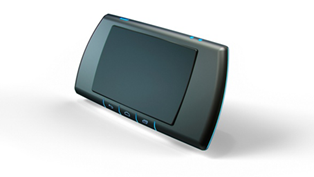 Of course there's a big drawback here: gaming with touch controls is something you can already do on any Android phone or tablet. And there are enough people that hate using touch controls that there is a booming market for mobile controllers. (Some of which are on Kickstarter!) The ZRRO Pad has no physical controls aside from the Android navigation buttons, so the only real advantage to the ZRRO and its accessories is its connection to a television. There are various wired and wireless ways to achieve that without spending more than a hundred extra dollars. The interesting Bluetooth controller pads won't work with other Android devices, including Android TV.

If none of that is a deal-breaker for you, check out the ZRRO Kickstarter page for yourself. There are still plenty of discounted "early bird" packages available.

Twitter Launches Periscope, A Live-Streaming App That It Bought For Around $100 Million—But ...