Ubisoft seems to have an odd fixation with horse-themed mobile games. The publisher made an Android version of the inexplicably popular Howrse, a sort of equestrian-themed adaptation of free PC RPGs like Ragnarok Online. Now Ubi has created its own horsy mobile game, the innocuously-titled Horse Haven World Adventure.

It's terrifying. Completely, utterly terrifying. If H.P. Lovecraft and H.R. Geiger had some kind of genetically engineered offspring with too many initials, it would not come close to approaching the horror that lies beneath Horse Haven World Adventure. To look upon this game is to go mad.

No, not just because it's another fairly brainless free-to-play mobile game - which it is. Not just because it includes in-app purchases up to an astounding $106.97 (for a little more you could buy an actual horse). And not because Ubisoft is blatantly marketing a free-to-play title with crazy IAP to little girls, who are the de facto target for any game containing this many horses and this much pink in close proximity. Little girls seem to love horses without reserve or logic, despite the fact that many of them are bundles of stupid, crazy energy wrapped up in 1200 pounds of bone and muscle. No, the terror of Horse Haven is far more subtle, and all the more insidious for hiding beneath a saccharine surface. 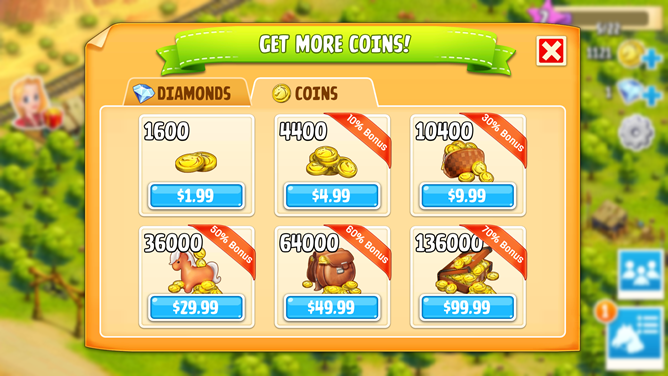 The game is a mix of a Tamagotchi-style breeding sim, another "village builder" where you maintain and expand your ranch a la Farmville, and a fairly tame endless runner where you control your horse as it jumps over hurdles and, for some reason, collects coins. All of that seems fine and dandy, though the trailer leaves some questions to be answered. For example, why doesn't your idyllic and tastefully-appointed stable have any hay or straw in the stalls?

Look, I realize that throwing a bunch of dead grass on your stone floors might spoil that pristine look you're going for, but in about half an hour you're going to have rancid horse piss stains that will never come up. Then you'll wish you'd put something down... and not long after, you'll wish that you had thought to buy a manure scoop. Trust me on this, little girls. I was raised on a ranch with real horses. Their capacity for defecation is astounding. The crazy thing is, there's actually a hay-laying sequence in the game... after which the bedding mysteriously disappears. Did the horses kick the straw out so they could poop on the floor? Are they intentionally screwing with you? 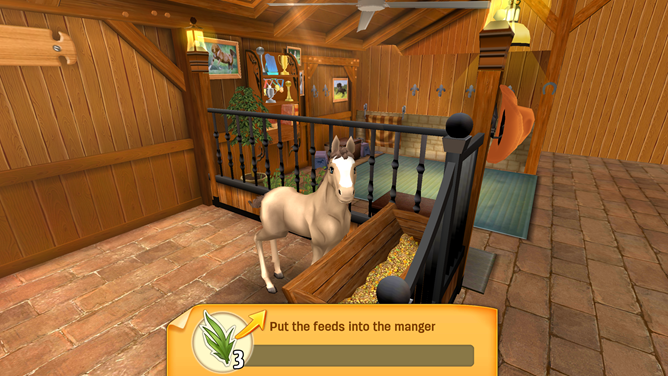 Don't look at me like that, kiddo. I know you're about to drop a six-pound deuce in here.

OK, so the trailer makes Horse Haven look like your typical free-to-play grind-a-lot. It can't be that bad, right? It's just a OH DEAR LORD WHAT IS THAT 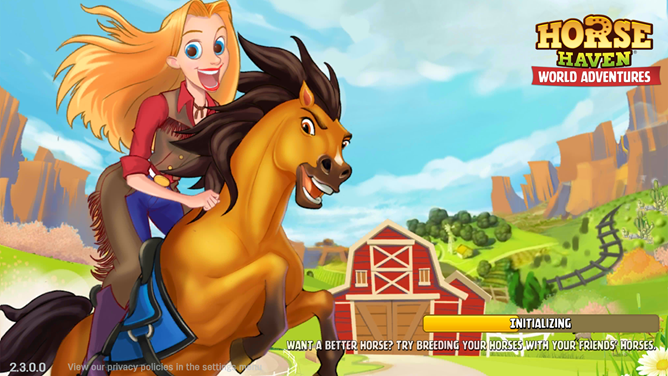 According to the game, this Rapunzel knock-off is your cousin Amy, whose Montana ranch you're renovating. According to her gaping maw and ever-staring eyes, she is Anat, daughter-consort of Ba'al, vengeful warrior goddess who joyfully wades knee-deep in the blood of her sacrificed enemies. 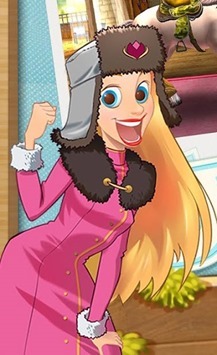 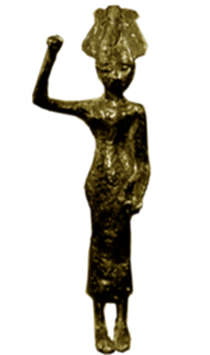 The resemblance is uncanny.

OK, OK, so perhaps the character design is a little creepy (and unoriginal - that buckskin horse is a dead ringer for Spirit, Stallion of the Cimarron). Let's just try to continue, shall we? The game lets you buy ranches and farms in different locations around the world, and the various steeplechase courses are played out on country-themed backdrops. See, Cousin Anat Amy is wearing a kimono, because... Japan? 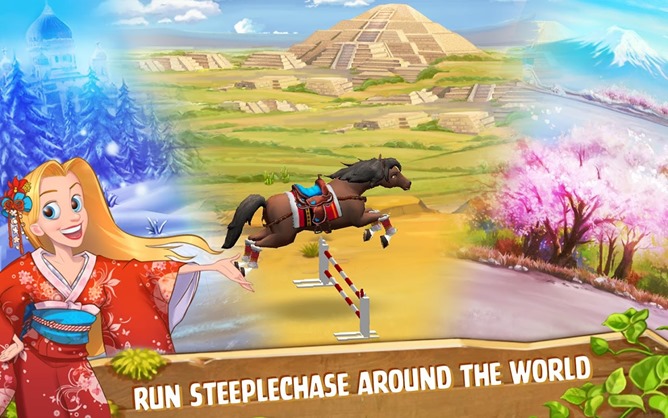 Hold on, how can you ride a horse while wearing a kimono? I suppose you could try side-saddle, but the horse in the screenshot isn't equipped for... wait, WHY IS THAT HORSE WEARING A SADDLE AT ALL? There's no rider, not to mention a complete lack of bridle or reins! In fact, nowhere in this game do you see a mounted rider on a horse, despite the fact that much of the IAP grind is dedicated to various adorable saddles, leg guards, and other tack.

What happened to the riders? Where are the riders, Amy? Did you kill them for staring too long at your horses? Is that why these demon-steeds are jumping hurdles in front of stepped pyramids, where you drag your screaming victims to the top to be flayed alive for their equestrian crimes? Do you feed them to your horses, the mythical Mares of Diomedes? Where did you put the bodies, cousin? 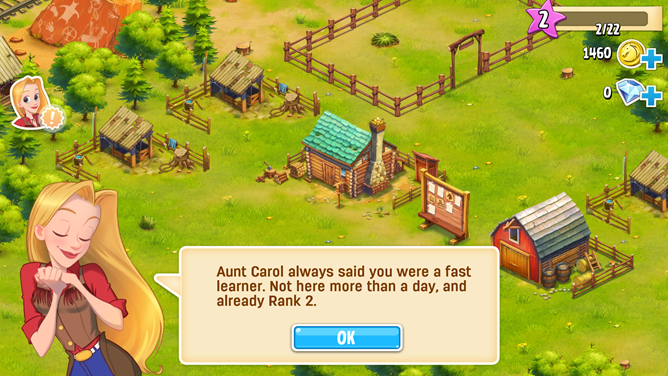 Look at that face. She'll never tell. Maybe they're in that barn you just restored for 200 coins.

Horse Haven World Adventure is a free download on Android 4.0 or higher. Players have the option of buying gold or diamonds with real money, or with the captured souls of My Little Pony fans. The game features notifications that whisper forbidden truths in your ear at night, tempting you to spend, spend, spend. It will not rest until your bank account is devoured, laid broken upon the altar of Amy. Only then will you know peace from this horror. 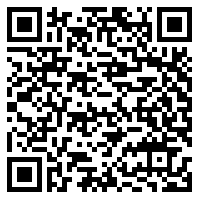 Twitter Launches Periscope, A Live-Streaming App That It Bought For Around $100 Million—But ...