The 2015 Call of Duty Championship will kick off tomorrow in downtown Los Angeles. Didn't know? That's fine. It's probably for the best.

Regardless, Activision has temporarily lowered the price of Call of Duty: Strike Team to drum up hype for the big, three-day event. You can currently get the game for $1.99, a significant drop from its usual $6.99.

The Android version of Strike Team is roughly a year and a half old by this point, but it's good Call of Duty action for folks who are into that sort of thing. This video will get you up to speed if you've never heard of the game before.

Activision has also released an update for Call of Duty: Heroes, a Clash of Clans cash-in that has the distinction of being newer. It introduces a new hero, Ilona from Advanced Warfare. So grab that too, if you want. 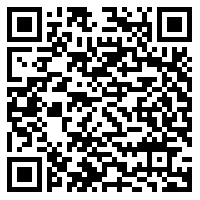 Nuzzel Builds A News Feed Out Of What Your Friends Read, Has Just Released An Android App