Some bugs only cause problems for a select few users, but that was not the case when Google bungled the reminders voice command in a recent update to its back end. A lot of people noticed. Instead of setting a reminder when you asked for one, Google Search would set an alarm, which isn't really as useful. Now that appears to be fixed. 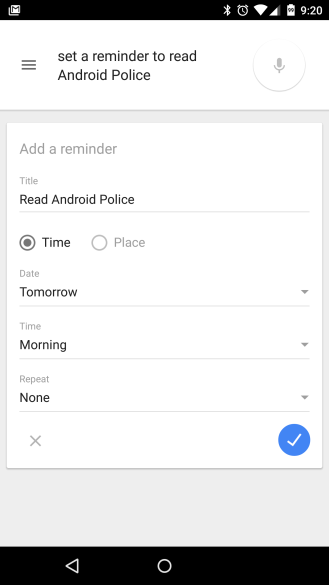 I've checked on a few devices, and they once again correctly respond to setting reminders. This was previously affecting everyone in one way or another.

Google's help forum thread has also been updated with a notice that a fix started rolling out on Monday. That means the fix is entirely server-side, and no updates are needed on your end. We've also been getting reports from users who say the fix worked and all is well.

Rumor: YouTube Is Preparing A Re-Launch Of Its Live Streaming Service With A Focus On ...