Cyanogen Inc. has come off as feisty ever since it was founded, but in the last few months CEO Kirt McMaster has gotten downright aggressive. We've known for a while the company wants to make Android more independent of Google, but McMaster told Forbes recently that Cyanogen Inc. "is putting a bullet through Google’s head." What's that all about? As a hint of its bullet/head strategy, McMaster announced that Cyanogen will partner with Blu to release a phone later this year without any Google services.

Taking an aggressive stance in business is not necessarily a bad thing if you've got a solid plan, but the details of Cyanogen's upcoming device sound risky to say the least. Blu has seen some success in the mid-range market with phones powered by inexpensive MediaTek processors and sporting screens that are a few generations behind current flagship devices. However, all its phones thus far have had Google's services built in.

Instead of the Play Store there would be the Amazon Appstore bundled with this device, in place of Maps you might have Nokia Here, and Opera could serve as the default web browser. Google's search services might be replaced by Bing and Microsoft's Cortana voice assistant. These are all guesses from Blu's CEO, but it'll probably be something along those lines. A lot of investors are willing to put a little cash toward the effort—Cyanogen Inc. just raised $80 million from the likes of Qualcomm, Twitter, and Rupert Murdoch.

According to McMaster, there's room for more customization in Android. As an example he cites playing music. "In a perfect world the OS should know I use Spotify for music,” McMaster says. “I should be able to talk to the phone and say ‘Play that song’ and the f—ing song plays with Spotify. It doesn’t do that today.” I think we can grasp the sentiment here, but I should point out Android already does this. 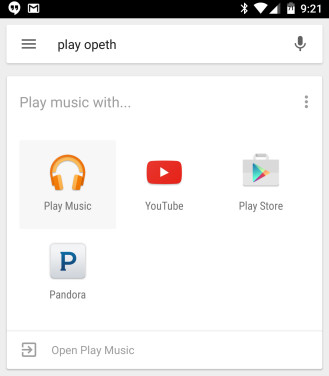 McMaster should probably come up with a better example.

The fact of the matter is that Cyanogen doesn't so much want to strip out the Google stuff as it wants to inject its own. If Cyanogen could make sweeping changes within the parameters of the Google licensing agreement, I suspect it would... best of both worlds and all that.

I'm not really sure who outside of Cyanogen Inc. and its investors wants a phone without Google apps. OEMs all add things to Android, but completely removing Google seems unnecessary for making a killer Android ROM. Android is interesting and useful because of the Google integration. Amazon has been pushing a forked version of Android with limited success. There's a lot of work to do before a de-Googled Android phone is going to be interesting for most buyers. That doesn't mean no one should try—competition is a good thing, after all.

Maybe the rhetoric is uncalled for, though. If Google were a person, I'm pretty sure McMaster could be arrested for making terroristic threats. Let's not forget the OnePlus fiasco, either. This is undeniably a long shot, and saying crazy things won't make it any less of one.

Samsung Galaxy Tab S 10.5 Lollipop Update Rolling Out In The US, Canada, And France

All Twitch Passwords And Stream Keys Reset Following Data Breach, Some Accounts May Have Been ...