Amazon's Android tablets and phone are often seen as second class citizens in the mobile world, but its Fire TV set-top box and Fire TV Stick gadget are worthy competitors in their respective spaces. Amazon is about to make both of them even better with a new update aimed at expanding functionality, particularly in those small but crucial areas that can make a big difference to the user experience. First up: Wi-Fi access for hotspots that require browser-based authentication, like dorm rooms, hotels, offices, and the like. 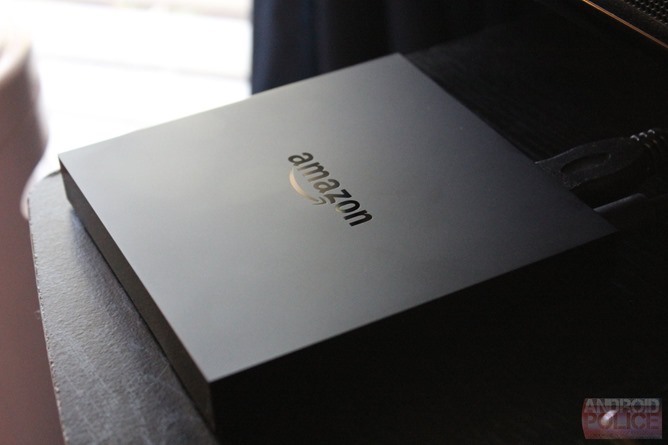 This is a much bigger deal than it might sound like. One of the primary failings of Google's Chromecast is that its phone and tablet-based setup makes it almost impossible to verify on these common networks, reducing the cheap streaming gadget's efficacy when traveling. This additional capacity is a huge bonus for road warriors, particularly for the extremely portable Fire TV Stick - it means the difference between playing a video on your phone or laptop or playing it on the TV in your hotel room.

Both the Fire TV and the Fire TV Stick will be getting the ability to browse and search Amazon Prime Music playlists, input PIN codes without showing them on the screen (how was this not already in there?), and a collection of new shortcuts, like long-pressing the remote's Home button to put the device to sleep. The more powerful Fire TV will also be getting the ability to stream audio directly to a Bluetooth speaker or Bluetooth headphones for private listening, and the ability to expand the onboard storage with any USB hard drive or flash drive.

Unfortunately Amazon didn't give a date for the new features, stating only that the OTA will be sent out "in the coming weeks."

"Customer response to Amazon Fire TV and Fire TV Stick has been overwhelming--we've been working hard to build more of both as quickly as possible, and we're excited to be adding new features we think customers will love," said Peter Larsen, Vice President, Amazon Devices. "In the UK and Germany, Fire TV is already the best-selling streaming media box on Amazon, and we're thrilled to be bringing our fastest-selling Amazon device ever--Fire TV Stick--to the UK and Germany. We think millions of customers in the UK andGermany are going to love this product."

New features coming as part of the free, over-the-air software update include:

All Twitch Passwords And Stream Keys Reset Following Data Breach, Some Accounts May Have Been ...