If you're having trouble downloading app updates from the Play Store right now, you're in good company. We're getting reports from multiple Android Police readers that Error 944, a rather nondescript problem that prevents automatic and manual updates, is interrupting said updates on apps all over the store. While many people are not seeing the errors, at least one AP staff member is finding them on multiple apps. It's pretty frustrating. 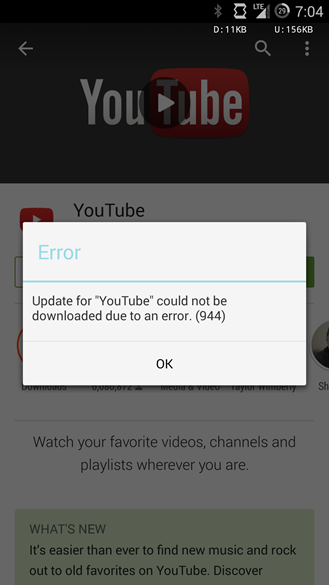 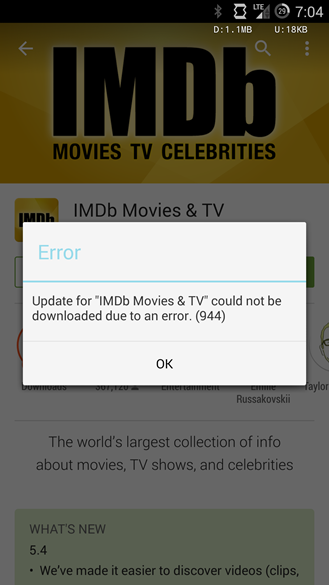 Right now that's about all there is to report - we'd love to elaborate, but the Play Store's error message is as vague as always. There doesn't seem to be any discernable pattern to which apps are affected and which aren't. Considering Google's record in fixing store-wide problems affecting a large number of users, this could be patched up in a matter of hours... or weeks. We'll see. This story will be updated with any relevant information.

According to reports from readers who were experiencing the problem and our own testing, it looks like the 944 errors have ended for the time being.

[Update: It's Out] Episode Three Of TellTale's Game Of Thrones Adventure Series Lands On ...