Netflix has said it wants to expand its service to as much of the world as possible, and now the time has come for residents Down Under to fire up the streaming service. According to AusDroid, Netflix is now available in Australia,with streaming plans ranging from A$8.99 to A$14.99. 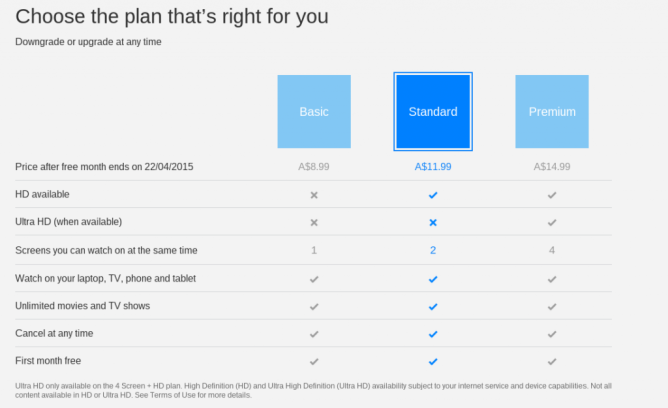 The cheapest plan offers only standard definition streaming on a single screen, while the most expensive option supports 4K and streaming on up to four devices. In the middle, an A$11.99 plan supports HD on two pieces of hardware.

Netflix works on just about any Android device and essentially everything newer than a Game Boy, making it a pretty cheap way to watch shows on whatever you have lying around. It may have taken years to come to Australia, but at least now something's on.

Square Cash Updated To v2.5 With New 'Cashtags' For Easier Payments And Cash Pro For Business