It should come as no surprise that Microsoft wants to have a larger footprint in the mobile market. So the company is taking one of its flagship products and having it shipped preloaded on a significantly larger number of phones and tablets. No, silly, not Windows. I'm talking about Office. 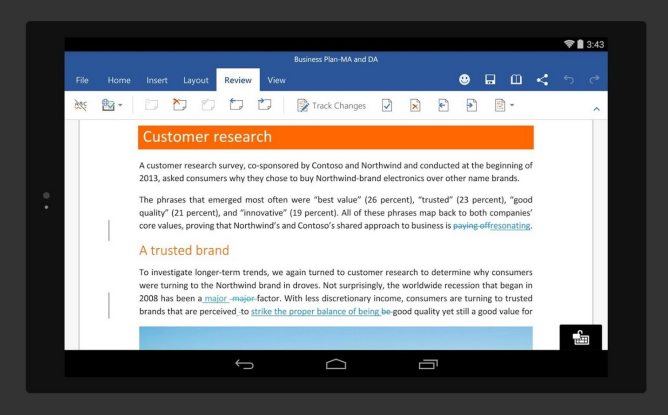 Microsoft has announced that it is partnering with a good number of OEMs to have Office shipped out of the box on a plethora of hardware over the next year. When you fire up such a device, look for the likes of Word, Excel, PowerPoint, OneNote, OneDrive, and Skype.

The largest partner is Samsung, who already announced that it was including Office apps on the Galaxy S6. Look for them to appear on some of the company's future phones and tablets as well.

The second largest partner, though not one that is particularly well-known for its Android phones or tablets, is Dell. Another global company, Pegatron, is also on board.

No mention yet of Cyanogen Inc., for better or worse.

Cyanogen Inc. Officially Nabs $80 Million In New Round Of Funding, Microsoft Not Mentioned In ...