Update Wednesday has come and gone, but most of what we've seen can be described as bug fixes and relatively minor adjustments – not that we aren't happy with improvements of any kind. Google just set loose Maps 9.6, and like most of the other apps, the changes are mostly about fine-tuning. This version slightly improves the visibility of Zagat reviews and adds an option to determine if the voice should play over speakers or Bluetooth during turn-by-navigation.

It's a few days late, but Google just posted a changelog for the latest release of Maps. 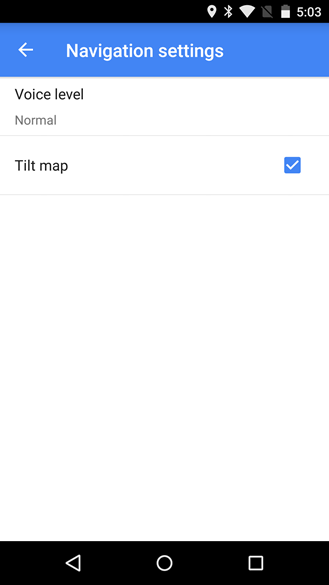 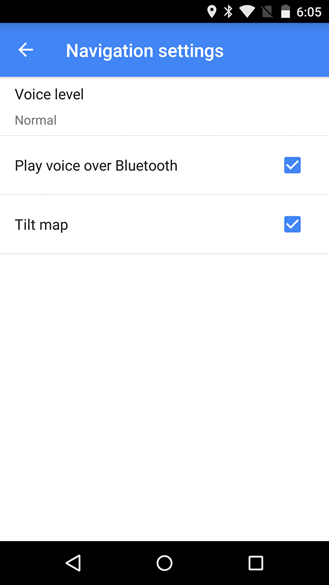 The only obvious functional change in this release is a new toggle that determines if the turn-by-turn voice instructions should play through a device's speaker or be sent over Bluetooth. It's a simple feature, but there are probably a few users that will see it as long overdue.

Prior to this release, all audio from Google Maps went to the default output, whatever it may be. This usually means sound goes through the headphone jack first, then Bluetooth audio, and finally the built-in speaker. The new toggle gives users the option to keep turn-by-turn instructions off of Bluetooth. This might be handy if you want to have music playing on your Bluetooth stereo for passengers while keeping navigation on your phone's speaker. This still doesn't seem like a perfect solution, because there's no way to have the voice play just through a headphone while also running music through the stereo, but it's progress.

The checkbox to change this setting can be found under Settings -> Navigation Settings -> Play voice over Bluetooth, and it is enabled by default so nobody will be surprised by a sudden change in behavior. 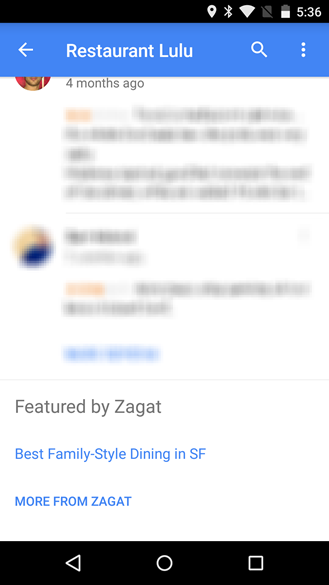 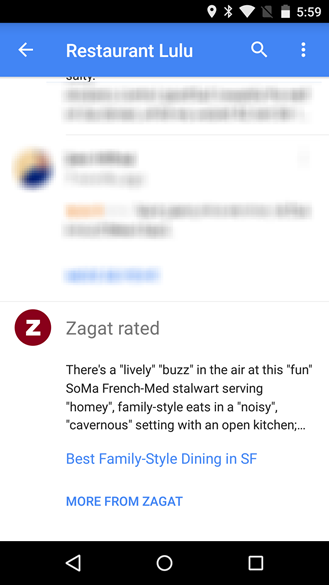 Most of the remaining changes are visual and only amount to very minor tweaks; except for a bit of a refresh on the Zagat reviews appearing at the bottom of some listings. In previous versions of Google Maps, restaurants with a Zagat rating carried a tiny 'z' logo on their card while in map view, but buried the actual review at the very bottom of the screen with just the heading "Featured by Zagat," followed by a blurb, and then a link to see the full comment. While the content still appears at the bottom, the new version gives a little more depth to the section by adding a logo and a short segment from the review.

The full Zagat review and rating screen has also adopted a little more window dressing. The individual numerical ratings for Food, Décor, and Service are now framed by light gray backgrounds, and there's a helpful note below them to explain that the scale maxes out at 30. The screen is a bit busier and more compact than before, but it looks more organized and less like an advertisement. 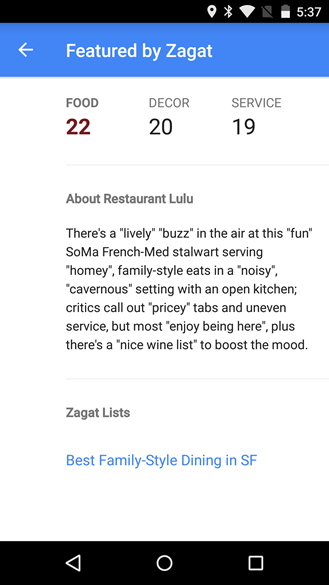 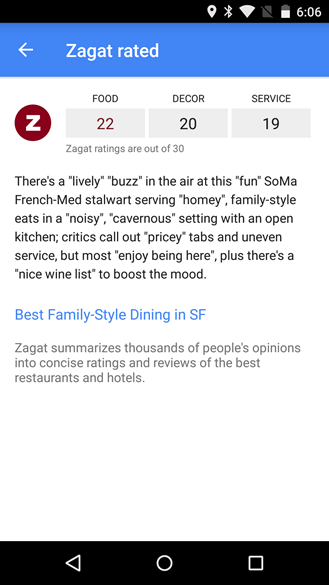 RunKeeper Gets A Spiffy Material Design UI Refresh In Version 5.3.3