A few days ago, we noticed a new sight in Inbox by Gmail - another FAB. The new floating action button is blue, and exists only to create reminders. Since then, we've received numerous reports of the FAB popping up for more users. Personally, only one of my two accounts has the new FAB, suggesting that this might be a slow rollout or even an A/B test for the new feature. 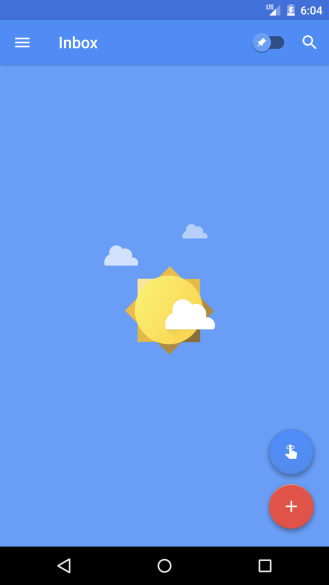 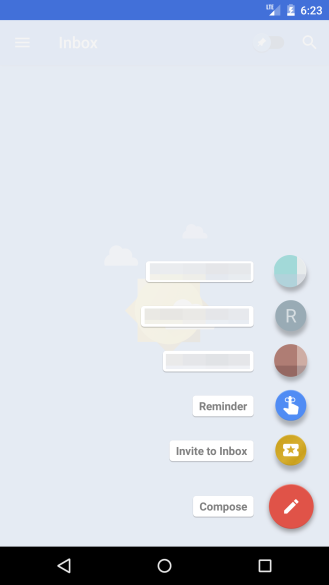 While convenient, the new FAB is a bit confusing - after all Google, in its own guidelines, explains that multiple FABs shouldn't really exist on the same thing if it's possible to organize the actions more sensibly.

The button should be reserved for the activity's primary or signature action, and it's hard to imagine reminder creation as an action of equal gravity to composing emails when we're talking about an email management app. For reference, the reminder action used to be nestled among the smaller child FABs that would appear after tapping the creation FAB, seen on the right above. So far the only other Google app to use two FABs on the same screen is Google Maps.

After we posted this story, several readers pointed out yet another variation they had seen - it appears Google is also testing a reminder action at the top of the activity, on the same row as "today."

All of that said, we can't really be sure whether a new reminder button will stick but in the meantime, what do you think of the new addition?