Before Android 5.0, the Android power menu (reached by pressing and holding the physical power button) included options for an airplane mode and setting the ringer to on, vibrate, or silent. And that was just the AOSP implementation: some manufacturer skins, custom ROMs, and root tools added extras like a screenshot button, a reboot menu, and other goodies. But with Android 5.0, we get... this. 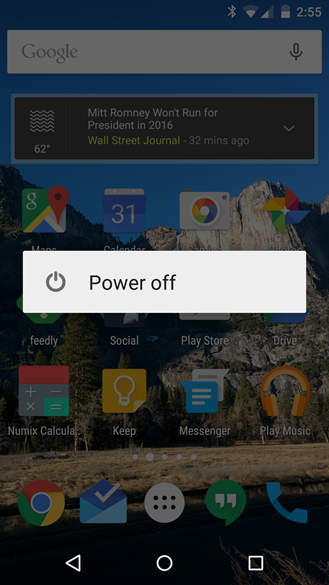 The Airplane Mode and notification options have been moved to the Quick Settings menu and the volume rocker pop-up, respectively, but there's really no reason aside from aesthetics that the power menu should be so bare. One developer has added a bonus reboot menu back into the interface for Lollipop, and done it in a way that includes some fancy Android 5.0+ animations to boot. Check out Material Power Menu: 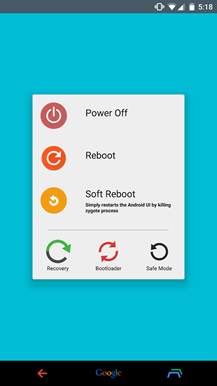 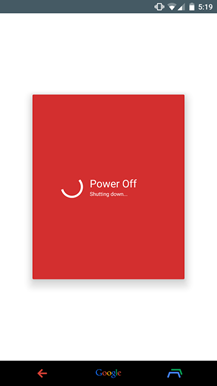 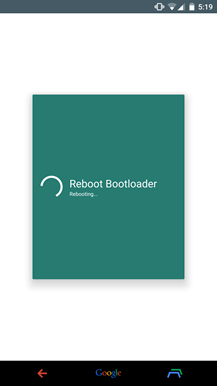 The app was created by XDA user Naman "naman14" Dwivedi, based on a visual design by Igor da Silva. It's a pretty great addition that we wish was part of Lollipop's stock code. Unfortunately, you'll need root to get the most out of the app. On a stock and unrooted phone, it's just a stand-alone app that functions as a sort of floating widget - AOSP won't let you re-map the power button or activate a device reboot. If you have root on your phone or tablet, you can get the reboot functionality. If you want to go all the way and replace the stock power menu, you'll need to use the Xposed Framework module (which is included in the Play Store download).

Users can do a "soft reboot" that simply restarts Android without the full boot-up, reboot into the bootloader or recovery mode, or enter safe mode. Though the app is intended for Lollipop users it can be installed on Android 4.0 or higher. Unfortunately Material Power Menu doesn't include notification options like KitKat (or the original concept animation), but the good news is that you can add them in yourself: Naman has made the source code available on GitHub.