Frozen Synapse Prime was first released on the PlayStation Vita last November, then ported to the PS3 and PC. Its predecessor Frozen Synapse put an interesting twist on the fairly methodical world of tactical strategy, where turn-based combat and meticulous planning are king. In most tactical games one player moves either one unit at a time or their entire team, after which the other player (or AI opponent) moves theirs. But in Frozen Synapse, both sides plan out their entire turn, with multiple units moving and shooting or performing other actions. Then when everything is set up, both sides attack simultaneously, all units moving along their pre-defined paths and reacting to the enemy at once. It's a unique setup that inserts an element of chaos into the sci-fi battlefield. 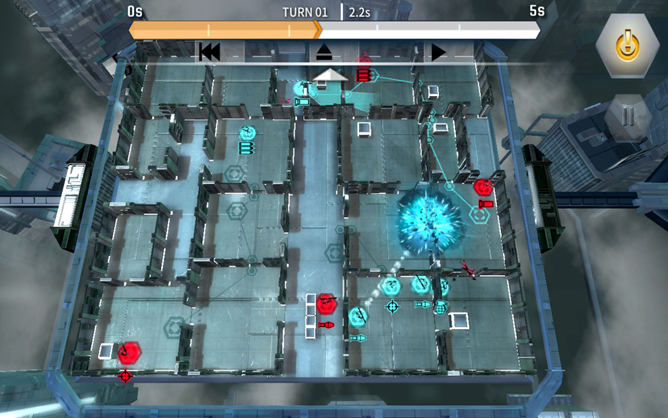 The Android version of Frozen Synapse Prime includes 40 story-driven missions surrounding a cyberpunk anti-corporate campaign with a variety of gameplay modes and objectives. Unfortunately, the game seems to have completely omitted multiplayer support: no online, no local, no single-device "hot potato" to be found. Oh well, at least you get the full single-player experience for just five bucks - not bad considering that the full game is $25 on Steam at the moment.

Alternate Title: Frozen Synapse Prime Does Not Feature Elsa And Anna Shooting The Head Off Of That Stupid Snowman (But I'd Totally Buy That Game) The New 'X-Men: Days of Future Past' Game Stays True To The Comic Book Universe