Those of you who dropped some cash on the Nexus Player might want to take a look at your update menu. The OTA for Android 5.1 is rolling out, but even if you don't have it, there's a factory image posted as well. 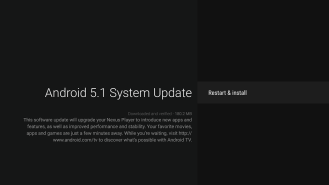 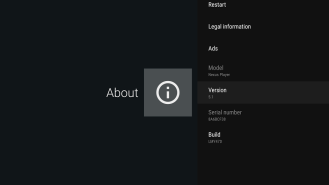 The build is LMY47D like most of the other Nexus devices. The Nexus Player is obviously a very different beast than Google's Nexus phones and tablets. Still, they probably wouldn't bother rolling 5.1 out to the device unless there was some benefit to Android TV.

The OTA rollout is probably going out in waves, but if you wait a few days it will likely become available. So don't feel like you need to mess around with the factory image just to get 5.1.

[Headphones Recommended] Watch Lenovo's Legitimately Terrible Ads For The P90, Because They ...