Amazon has been giving away one paid app for free each day since the Appstore launched in 2011. It hasn't been the rousing success Amazon probably hoped for, but the Appstore is still doing okay with about 400,000 listings. Now, the company is rumored to be prepping a big project called Unlocked to generate more interest in the Appstore. It's basically Amazon Prime for apps. 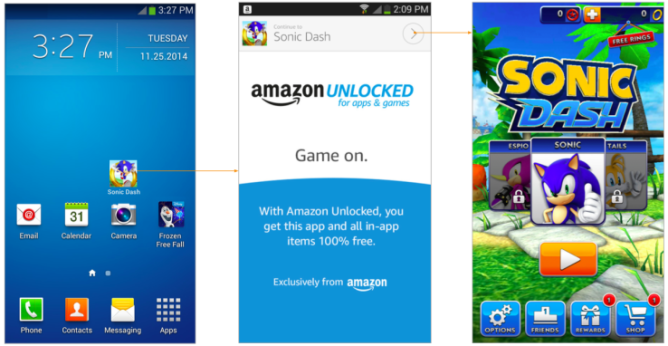 According to the internal presentation leaked to TechCrunch, Unlocked will offer paid apps and games at absolutely no charge. Some of the examples listed in the presentation are Sega's Sonic Dash (a free-to-play title) and UsTwo's Monument Valley (a standard paid game) As part of the Unlocked program, both these titles would be offered at no cost. That means you could just load up on paid booster packs in Sonic Dash for free and access all the levels in Monument Valley.

Amazon would basically demolish the whole in-app purchase model for games in this program. The driving force behind the gameplay of these apps is accumulating resources to keep things moving along. That might be a relief for a single-player title that's heavily monetized, but I can't see any way this would work for an online IAP-heavy game like Clash of Clans. Amazon Unlocked users would have an instant and completely insurmountable advantage. Presumably developers would be smart enough not to join Unlocked if it would unbalance their games. 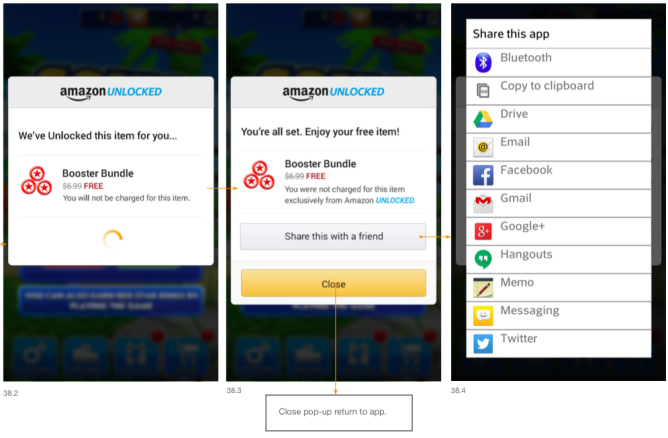 Like Prime Video, apps and games would rotate through Unlocked based on agreements with the content owners. You might be happily playing Monument Valley one day, and the next it's no longer part of Unlocked. Sonic Dash and other free-to-play games would still be available, but the booster packs would start costing money again.

It isn't clear when Amazon Unlocked will launch or how it will tie into other services. It sounds like this is going to be a completely free service used to lure people into the Appstore. Although it might be a component of a Prime subscription as well. We won't know all the details until Amazon makes this official.

Android 5.1 Factory Image For Nexus Player Is Up, OTA Rolling Out

Happy International Day Of Happiness! (Oops, I Meant To Type That Into Hangouts For The Animation)