Perhaps you recall the rash of Wiimote-related accidents seven or eight years ago. See, people got really, super into playing Wii, and sometimes the Wiimote just slipped and crashed into the TV. Motion Tennis Cast is kind of like Wii Sports Tennis, but you're controlling it with your phone. That's two expensive things you can break if the phone slips.

Motion Tennis Cast includes multiple difficulty levels, court types, and game modes. It has some basic fitness stats like an approximate count of calories burned. All you need is an Android device and a Chromecast to play the game. It also works with desktop Chrome, Miracast receivers, and other devices. Supposedly Android Wear support will arrive soon, which sounds safer because it's actually strapped to your wrist. I'm not sure where they attached that wrist strap to the Nexus 5 in the image below. The game is (sort of) free if you want to give it a shot, though I wouldn't recommend installing it on large phones that are difficult to hold onto even when you're not swinging them around. Motion Tennis Cast includes in-app purchases (up to $20) for in-game currency of some sort. 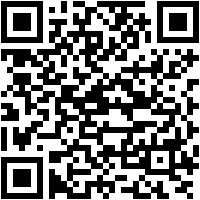