Some graphical benchmarks are meant to be fairly boring but reliable tests of visual output - the reliable Quadrant benchmark from Aurora Softworks is a good example. Others create an intense graphical test by making a fully-realized 3D environment, essentially a tech demo that's meant to be a digital ruler for the performance of competing components or devices. 3DMark's Android benchmark, with its space battle cutscene, is one of these tests.

Now there's an alternative version of 3DMark. It tests the same technical parameters: frames per second, physics engine accuracy, power output, that sort of thing. The only thing that's different is the 3D cutscene. This one isn't a gigantic space battle, it's a huge sci-fi stargate thingy, which bears a passing resemblance to the "giant gun" inter-system travel points from EVE Online. Or if you want a slightly less nerdy comparison, it looks like a giant Large Hadron Collider that shoots spaceships instead of atoms. 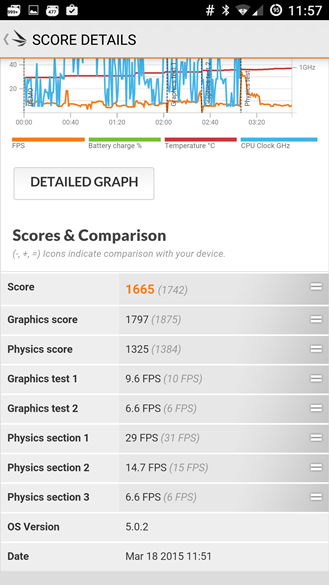 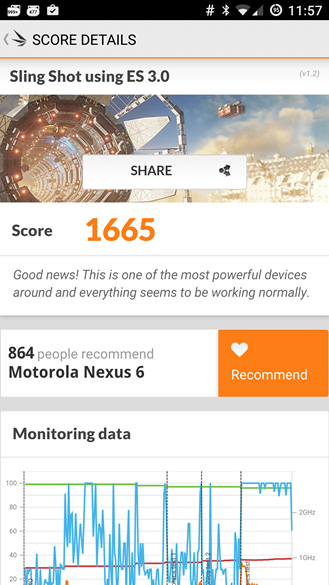 This version is also much more visually taxing thanks to higher polygon counts and more graphical effects. My Nexus 6 (Snapdragon 805 chipset, Adreno 420 GPU) can barely get 7-8 frames per second, whereas the current "Ice Storm Unlimited" 3DMark test will get 50-60fps. This is probably Futuremark's preparation for newer and more high-end Android hardware coming later this year, like the Exynos-powered Galaxy S6 or NVIDIA's SHIELD set-top box.