While Adobe's Acrobat may not be the most beloved application, the PDF ecosystem around it has proven basically unkillable - PDF files are still the most common way we exchange forms to digitally sign and fill, and that doesn't seem to be changing. Unfortunately, your ability to fill, sign, and edit PDFs on Android to date has been kind of lackluster.

Adobe has never released a full-fledged mobile Acrobat client for Android, and the mobile version of Reader isn't exactly jam-packed with features. Next month, that will change.

With the launch of Document Cloud (yes, really), Acrobat will enter a new cross-platform era with companion apps on Android, iOS, and Windows, each of them providing many of the features traditionally found in the old Acrobat desktop client, but with much more streamlined interfaces. Acrobat DC isn't free, though, with either a $14.99 subscription fee or a perpetual license (pricing unannounced) required to use the app, which actually does some cool stuff (more on that in a moment). 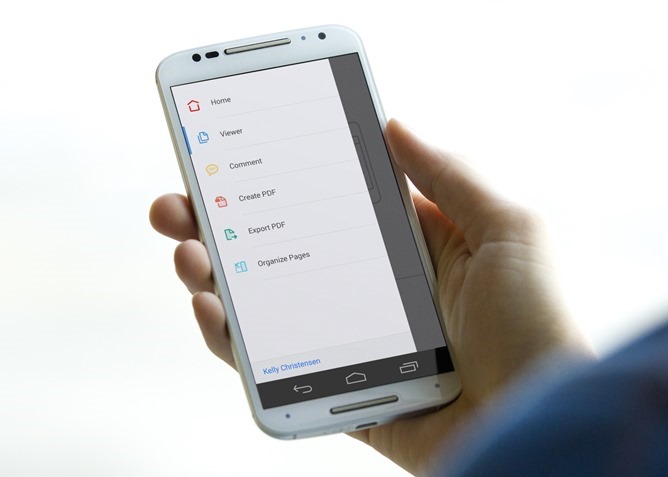 Adobe is also launching a free app for Android you might want, though, called Fill & Sign, which will get some of the features you actually want in a mobile PDF viewer... like filling and signing forms with an experience that's more like the proper desktop version of Reader. As far as I understand it, these basic features will be free.

Smarter features, like the ability to use your phone or tablet's camera to "scan" a document into the app and then fill it by just adding fields where you want them, may require a DC subscription. In the Acrobat Mobile app, it goes even further: you can scan a document into Acrobat, and then edit the text in the rendered PDF in real time. Yes, Acrobat DC mobile (via the cloud) will be smart enough to render a matching font via OCR and witchcraft (presumably), which will then allow you to screw with everyone who sends you PDFs by replacing a random word with "butts" and them then thinking they've gone crazy. Really, though, it'll let you put a new date or address or whatever else on a form without making it look like it was hacked together in MS Paint by a schizophrenic collage artist.

For those who handle PDFs and paper documents requiring filling, signing, and returning on a daily, if not hourly basis, this kind of thing is a godsend. And those people, or their respective employers, will likely happily shell out whatever Adobe is charging, because they'll probably save that amount in paper alone each month if they really commit to it. As another major benefit, Acrobat DC will sync your changes to documents as well as settings, signatures, and presets on both desktop and mobile clients, because you know, cloud.

For the rest of us, this launch will probably mean some new free stuff, but we're not sure exactly what that stuff is yet.

Adobe says the Acrobat Mobile and Fill & Sign apps for Android will launch some time in April.

TripIt Adds A Traveler Profile In Its Latest Update To Keep Your Valuable Documents And ...