The Nexus 6 is a pretty fantastic piece of Android hardware. The Nexus 9 is... a tablet that runs Lollipop. And even some hardcore Android fans have yet to be sold on Android Wear. But if you're in the market for any of those devices right now, you want to get them from the new Google Store, at least if you live in the United States. Google is offering $50 of free Play Store credit with a new purchase of the N6, N9, or any Android Wear device. 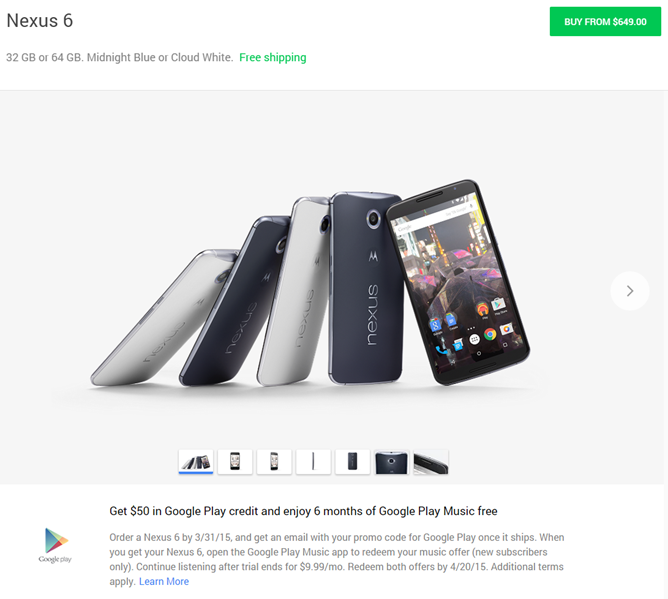 But wait, as the salesman says, there's more! The Sony SmartWatch 3, the company's first Android Wear device, is also $50 off of its retail price ($200) at the moment. And yes, that discounted watch also comes with $50 of Play Store credit for free. So if you take the view that you'll eventually spend fifty bones on apps, in-app purchases, movies, TV shows, music, or books, you say that the SmartWatch 3 is on sale for $150. Not bad at all.

Act quickly if you want to get in on this deal. It's only valid from now until March 31st, and some of those devices (especially the Nexus 6 and the Sony watch) will start to disappear as they go out of stock.