XperiaBlog has also picked up on the Lollipop update rolling out to the D6503 Xperia Z2 in the Nordics and Baltic regions. 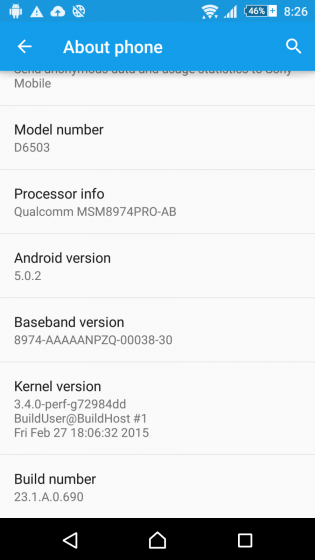