With this year's flagship, Samsung has really upped its game. Love or hate the changes made in the S6, the company showed off a degree of effort we haven't seen for several iterations of the Galaxy S devices.

But maybe all you want is a smaller version of last year's phone, and you want it twelve months later. Well, if that's the case, AT&T will sell you a Galaxy S5 mini starting March 20th. 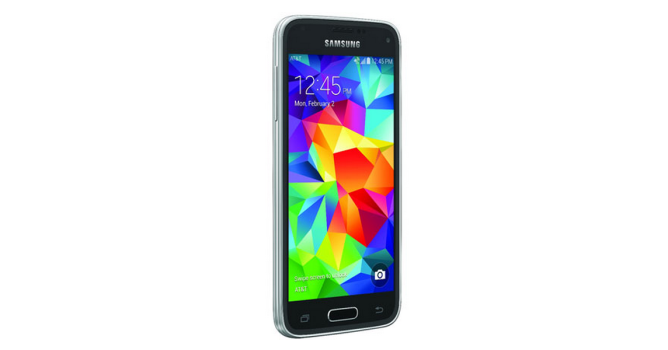 The mini versions of Samsung's flagships have a tendency to arrive extremely late in the US, making this laggardly appearance an expected one. Yet while the timing varies by carrier, last year Verizon Wireless impressed us when it decided to release the Galaxy S3 mini and S4 mini at the same time.

The Galaxy S5 mini will come with a 4.5-inch 720x1280 display, Android 4.4 (yes), an 8MP rear-facing camera, a 2MP front shooter, and 16GB of internal storage supplemented by a microSD card slot. You can find more details in our announcement post from over the summer.

For $99.99 with a two-year contract, or a full price of $428.99 (paid upfront or in monthly installments), you can get the phone in Charcoal Black.

DALLAS, March 16, 2015 – AT&T announced that it will carry the Samsung Galaxy S® 5 mini in its retail stores and on www.att.com starting March 20. AT&T currently offers the largest selection of Samsung devices.

The new compact design of the Samsung Galaxy S 5 mini gives you ultimate portability without compromising power. Experience movies come to life on the Samsung Galaxy S 5 mini’s vivid 4.5-inch HD display. HD (720x1280p) clarity provides rich colors, dark shadows and fast response times for an exceptional viewing experience. The device’s fast-action HD 8MP rear-camera with pro-editing tool helps you quickly capture memories. You can even enhance photos before you get the shot, and select the focus after you take the picture.

The Samsung Galaxy S 5 mini earned five out of five stars on AT&T’s original Eco-Rating system. The system rates the environmental factors of AT&T branded handset devices. AT&T created the Eco-Rating system to empower consumers to make better informed decisions with selecting a device. For more information about this device’s rating, AT&T’s Eco-Rating System, and how you can join AT&T in making a difference, please visit http://att.com/ecospace.