Google is rolling out a new version of Messenger with a few features you might care about. It's a big jump to v1.2 from 1.0, which was the previous Play Store version. There was a v1.1 build floating around, but that was only released on Android One handsets. This one's available to everyone—eventually, or right now if you get the APK below. 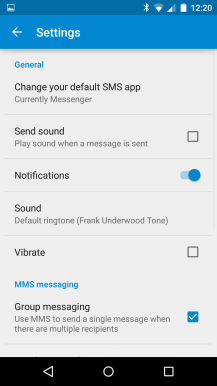 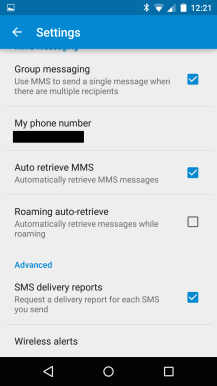 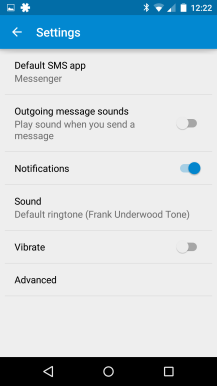 From what I can tell, there are two changes here. There's now animated GIF support, so yay for Tumblr. The settings screen has also undergone a big reorganization. You can see the difference in the screens above. The left two are from 1.0 and have everything in one long list. As of 1.2, there's the Advanced menu, which contains everything after the vibrate toggle.

You can grab the update from APK Mirror at the link below or wait for the new version to hit your device the old fashioned way.

Changelog up, includes a widget too

Google has posted a changelog for Messenger, and it includes a widget. Yay! Here it is. 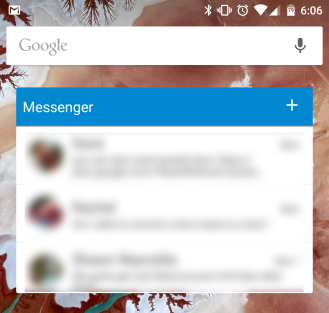