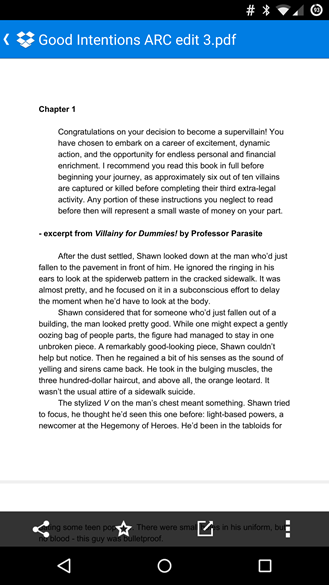 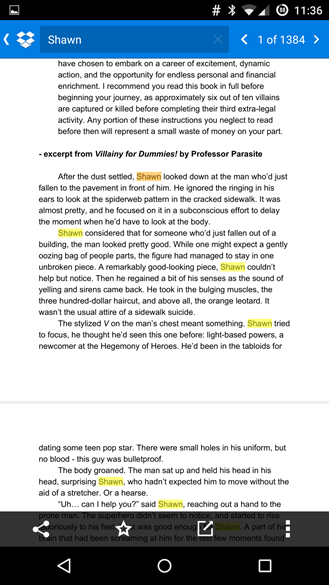 PDF files can be shared directly from the viewer, so there's no need to download a file or go back to the main Dropbox interface to send it on. The latest update also allows for text searching within PDFs, Microsoft Word, and Microsoft PowerPoint files, so users can quickly find a word or phrase in a large document. Unfortunately it won't search within the document from the main Dropbox screen (as some desktop searches and Google Drive can do), but it's a good addition if you're just looking for something specific and don't want to download it or run to the nearest PC.

Dropbox doesn't mention the version number of this update, just that it will be available on the Play Store soon - it looks like it's rolling out in a staged manner. The last full release on the Play Store was 2.4.8.10, but someone has already uploaded Dropbox 2.4.9 to APK Mirror, which seems to have both features.