Waze has bumped its Android app up to version 3.9.4, and it's asserting that the app is faster. How much faster? 85%. That's an oddly specific number, but whatever. All that matters is that users should be able to pull up locations and routes more quickly.

The big feature in this release is the new Traffic Bar. This little meter gives you an estimate of how long you will be stuck in a traffic jam. 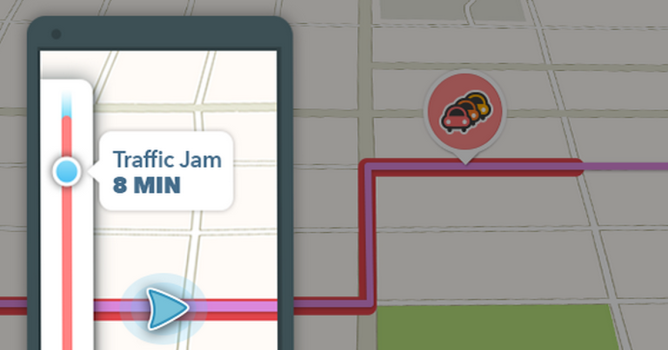 When there are multiple ways to get from point A to point B, sometimes it would be nice to know which way you're going when setting off on a trip (especially if you're trying to avoid the aforementioned traffic jams). Now Waze will start trips with the words "let's go via" so that you have a heads up.

One other new feature is the ability for users to confirm receipt of an ETA by speaking the words "got it, thanks."

3.9.4 includes numerous bugfixes, along with improved support for U-turns. That last one is a doozy, because who likes driving halfway across town just to turn around?

Here's the APK just in case the version on Google Play doesn't play along nicely.