Google is pushing out an update to the Play Store's Android interface that replaces the action bar with a standard search bar. Inside are the words "Google play," which, when tapped, show off the hamburger flip animation and pull up recent Play Store searches. Kirill Grouchnikov, one of the company's user interface engineers, teased the feature in GIFs on Google+.

The Play Store's home screen now behaves similarly to the Now page of the Google Now Launcher, with the search bar disappearing when you scroll down and reappearing as you go back up. Tapping the hamburger icon still brings out the navigation menu. While gone from the home area, the toolbar is alive and well throughout other areas of the app.

This change brings search functionality out from the corner of the screen, tucked behind a magnifying glass, where it still resides for people who have not received the update. As you can see below, I'm one of them. 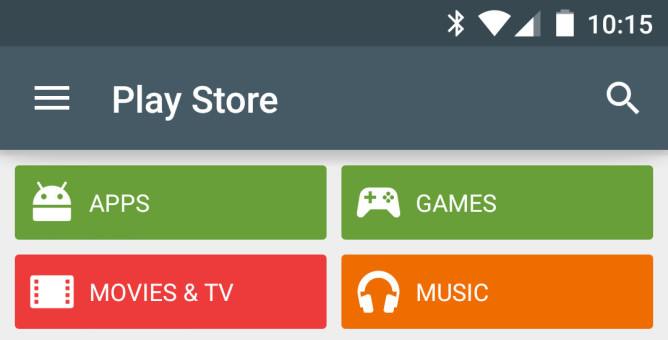 The change is apparently taking place server-side, so there's no APK we can distribute to help you skip the wait (though you can install the latest version of the Play Store from APK Mirror just to be sure). For now we can only watch the GIF together. 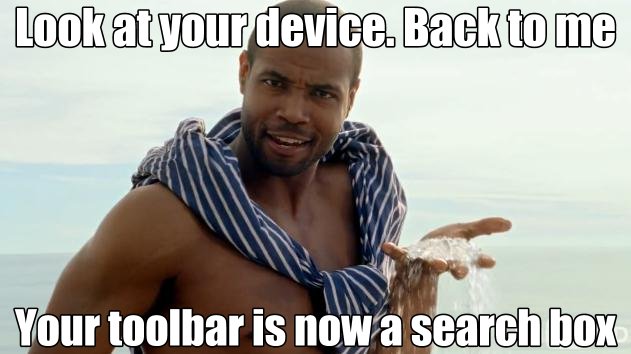 If you have not yet received this update yet, check now. It appears Google has flipped the switch for most users. Kirill Grouchnikov, the employee who showed off the new features above, informed users over Google+ yesterday that the changes were live and that, to get them, you must swipe the Play Store from recents and relaunch the app.

One user has uploaded a video of the updated Play Store and its animations, including a new transition that appears when clicking on an app (which only works on Android 5.1 with the latest version of the Play Store).