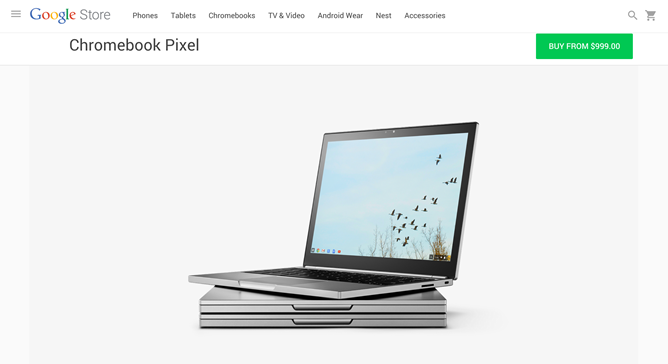 The i5 model is ostensibly the low-end version, but even that is fairly super-powered compared to other Chromebooks. It comes with a 32GB SSD drive for storage and a generous 8GB of RAM - double the original Pixel and twice as much as any current Chromebook on the market. The i7 model is super high-end: 64GB of storage and 16GB of RAM for more tabs than you can shake a stick at. Video has been upgraded to the latest Intel HD 5500 integrated graphics chip.

Both models include the original metal case design and the distinctive 3:2 touchscreen with a resolution of 2560x1700. The battery has been upgraded to a quick-charge model that Google claims will get two hours of use on a 15-minute charge. It's also rated for 12 hours of total life, a major improvement on the original. It uses the new Type C charger so prominently featured on the new Macbook design, complete with 4K video-out, and the laptop also includes two USB 3.0 ports and an SD card slot. 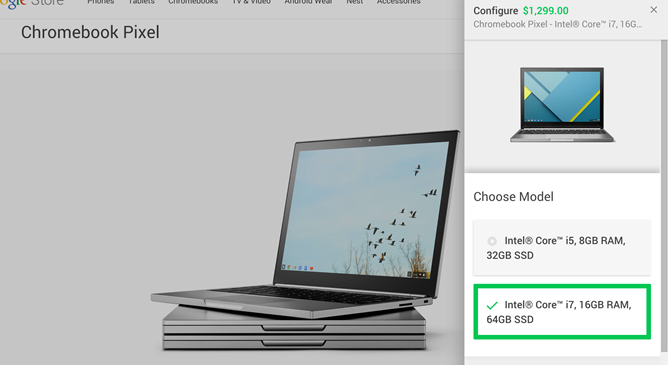 Naturally the software is Google's Chrome OS, with the latest updates automatically downloaded. There were rumors of a dockable tablet model and dual-boot for Android, but that appears to have been false, at least for now. The Chromebook Pixel is currently shipping in one to two days.

Update: Here's the full set of specifications for the new model:

Google Launches The Google Store, A New Online Home For All Of Its Hardware Products

Google Strongly Hints The Next Nexus Phone (Or Whatever It Is) Will Probably Have A USB3.1 Type ...