There's a new version of Chrome Beta available in the Play Store, though it doesn't seem to add a whole lot to the app itself. That means that the features from the last beta graduate to the stable build, which you can get in the Play Store (if you're patient) or at the APK Mirror link below (if you're not). The biggest user-facing change is the ability to "pull" down from the top of a page to refresh it, a gesture already seen in various other Google apps like Gmail. 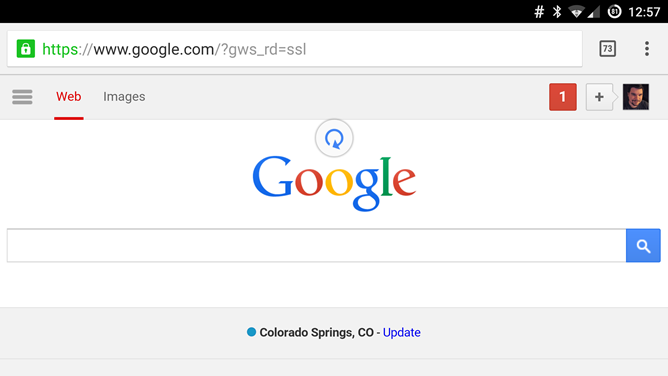 The new interface for Bookmarks is still not standard - an odd move. You'll have to enable it in the chrome://flags menu just like before. Other changes include a fix for the merged tab feature on Lollipop, disabling third-party cookies, reduced information in HTTP headers, and a bunch of under-the-hood tweaks that hint at new things to come.

As usual the app is slowly going out on the Play Store - while the new version of Chrome Beta seems to have gone out fairly quickly, the standard Chrome 41 build is taking its sweet time getting to a lot of users. If you're using a 64-bit ARM machine, here's your build; everyone else check below.