Hey Google, I know that this is a beta release of Chrome for Android, but a little explanation on your update page would be very helpful. For example, what exactly are site notifications, as alluded to with the text "get the latest updates from sites with notifications?" Presumably they'll show up in Chrome Beta 42 when initiated by a website, but will that be when you're on that particular page, when you're using Chrome, or will the notification be presented in Android's notification bar? 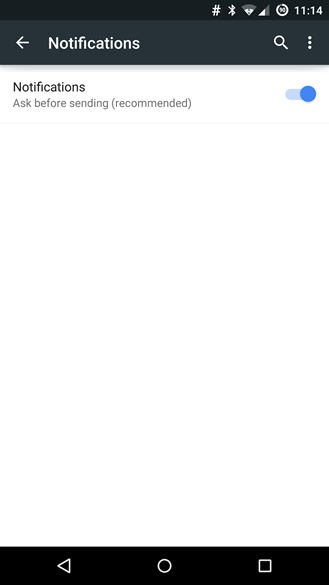 Hell if we know. We do know there's a new notification slider in the settings menu, allowing you to force apps to ask before sending (enabled by default). We're guessing that this might have something to do with integration in Google Now, say, a site specifically marking something as "new" rather than just hoping Google will catch it. It might also be part of the new Service Workers API spotted in the last version of Chrome Beta, which Cody Toombs guessed might give Chrome the ability to post new notifications directly to Android.

The only other significant change mentioned by Google is that "adding your favorite sites to your homescreen is now even easier," but the process doesn't seem to be noticeably different from the last beta or standard Chrome release. Go to a site, hit the menu button, tap "add to homesceen," edit the title if necessary, and you're done. The usual bug fixes are present as well. Perhaps there are some behind-the-scenes improvements - we're taking a look underneath the hood right now and will report back with anything interesting.

Unlike some of Google's other apps, it looks like the new version of Chrome Beta is propagating to the Play Store very quickly. Still, if you can't get a hold of the APK file, the usual link to APK Mirror is below.

Reader Alex managed to get the Service Workers API up and running using the W3 standard. He's got a working test site you can check out right now! Make sure you're on Chrome Beta 42 to see it. 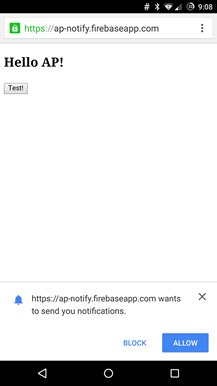 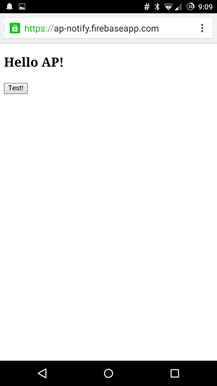 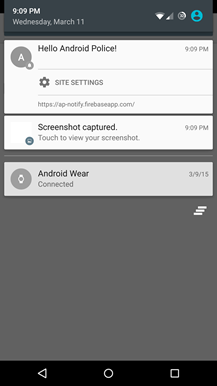