Google's Project Loon isn't on our radar much here in the US because we have expansive high-speed internet access. That's not the case everywhere, though, and it's a problem Project Loon aims to solve. According to Google, a single balloon can apparently provide LTE service to a region the size of Rhode Island. I could have baited you with "a whole state" in the headline, but this is still pretty impressive. 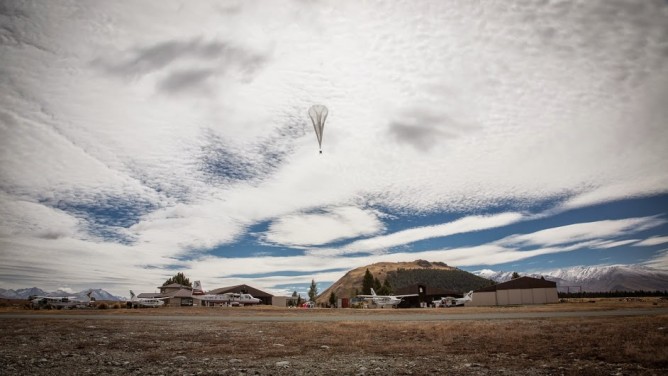 I'll save you a trip to Wikipedia—the approximately Rhode Island-size area we're talking about is 77 km (47.8 miles) north to south and 59.5 km (37 miles) east to west. This is the range of the balloons according to Google. Google has recently improved the reliability of Project Loon. Each floating antenna can now stay aloft for more than six months. Cellular carriers can use these balloons to essentially rebroadcast the signal from towers over a larger area.

Google isn't currently looking to become an ISP with these contraptions, a la Google Fiber. Loon could be a very good way to get a larger area covered with cell service using existing infrastructure. There are currently no official plans to launch Loon globally, but Google is working with carriers in Latin America, Australia, and New Zealand so far. Evernote Updated To v7.0 With A Material Overhaul, Customizable Quick Notes, And More