Android 5.1 made some major changes to the way recent apps are handled in Android. You can include Chrome tabs in the recent app list, and apps that are called up from another activity get their own card to keep things more consistent. However, Google also decided to never clear the list of recent app cards. It just goes on and on and on... it's kind of annoying. "Recently" from Chainfire fixes that, but you need root. There are several different modes in Recently, but it's not a task killer. This app merely removes anything that has not been run in a certain amount of time from the recent app list. At maximum aggressiveness, it can remove entries from the recent app list as soon as they're closed by the system. You can also limit the overall number of cards, not including running apps.

Recently should use virtually no battery and does not need to wakelock the device. You can try it for free, but there's a $1 in-app purchase to upgrade to pro. Right now that lets you run the app at boot, but more features could be added later. Or maybe Google will change the recent app list in Android 5.2 and none of this will matter. 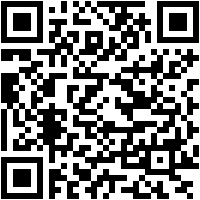