Samsung has been pushing its fancy new Milk brand hard lately, adding video and teasing virtual reality. But before today, listeners' biggest barrier to access was the fact that the app was only available on their Samsung-branded phones and tablets. That changes this morning with the launch of Milk Music for the web, accessible from desktop and Chrome OS browsers at milk.samsung.com. Log in using your Samsung account and you'll have access to the same songs and stations that you do on mobile. 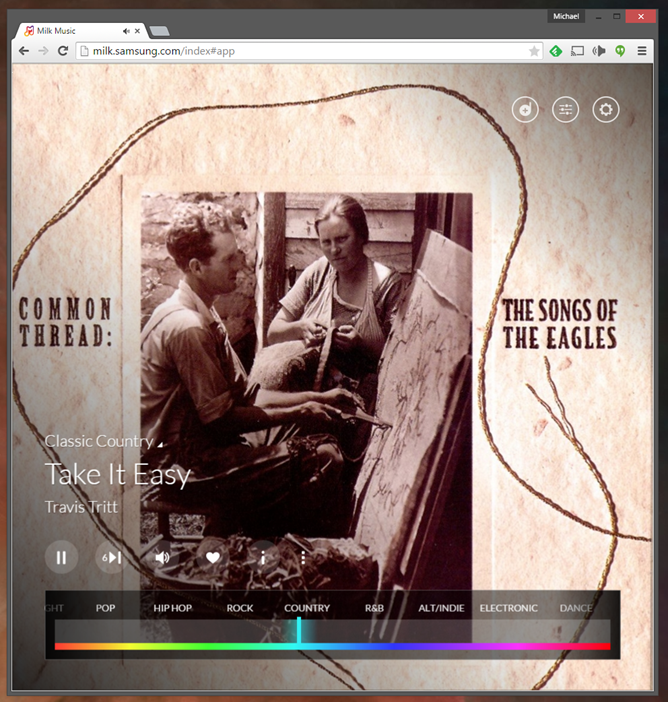 Unlike the mobile version, the website's free service is available to everyone - you'll need a Samsung account to log in, but it will let you through even if you make a new one with no associated devices. The web interface is essentially a super-sized version of the mobile app, with access to curated stations and the ability to make a new station from the current song at any time. The interface is interesting, with a slider at the bottom controlling genre/station and the familiar pause/play/heart controls just above them. Click the "+" button in the upper corner to create a new station, and click the slider button to adjust the "taste" of the music in a neat popular/new/favorite UI. 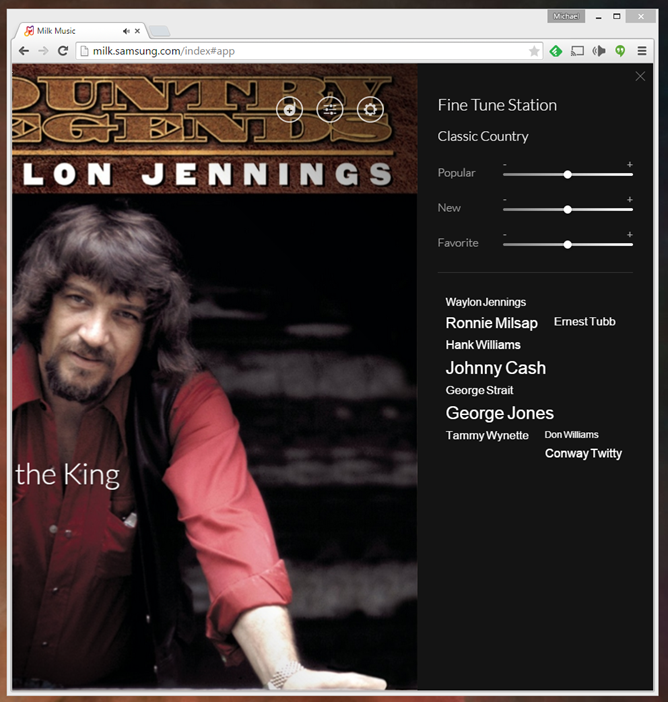 There doesn't seem to be any way to upgrade to the $4-a-month ad-free version of Milk available on Samsung devices, and skips are limited to six per station (presumably per hour), much like Pandora. (On the other hand, I haven't actually heard any ads on the desktop player yet.) That's par for the course for a free service. Milk claims a library of 3.6 million songs, but it can't be augmented with your own music like Google Play Music All Access. Apps for Samsung-branded televisions and the Tizen-powered Gear S are also available.