The developer of WhatsApp+ didn't let the forced removal of that app get him down. No, he went right back to work on an enhanced app for another popular messaging service. Telegram+ was born just a few days ago, but now Google has stepped in and removed it from the Play Store for violation of the intellectual property and impersonation rules. We probably should have seen this coming. 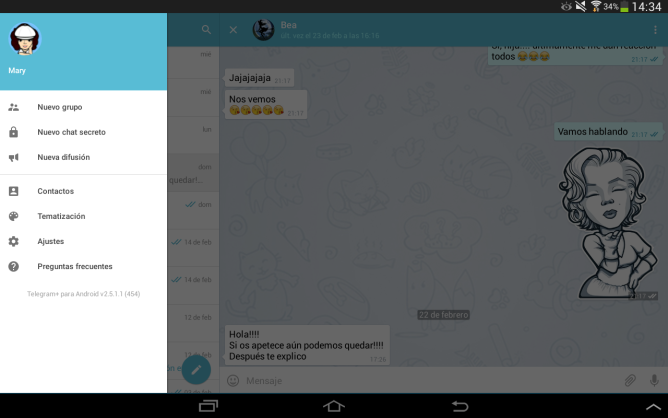 Telegram is an open source messaging client with strong security features. According to developer Serg io, he has contacted Telegram and confirmed they did not request the removal of his app. So it looks like this was Google doing another slash and burn of apps that look a little too much like something else. The same thing has happened to Reddit clients and a variety of other apps recently.

Google rejected the initial appeal, but it's possible the Telegram developers will be able to get Google to reinstate. The most recent Telegram+ app has been posted on MediaFire for everyone to download in the meantime. We've reached out to see what, if anything, Telegram has to say about this situation.

Telegram+ is back in the Play Store

The app has returned to the Play Store with a new description. Right at the top in all caps is a disclaimer pointing out that Telegram+ is an unofficial app. One feature has also been removed at the request of the real Telegram team. You will no longer be able to hide screenshot notifications from others in a private chat. That's probably for the best. There are a few more theme options, but the app looks otherwise unchanged.

Bluebox Security Tries To Shame Xiaomi For Shipping Malware On Phones, Ends Up Shamed For Being ...