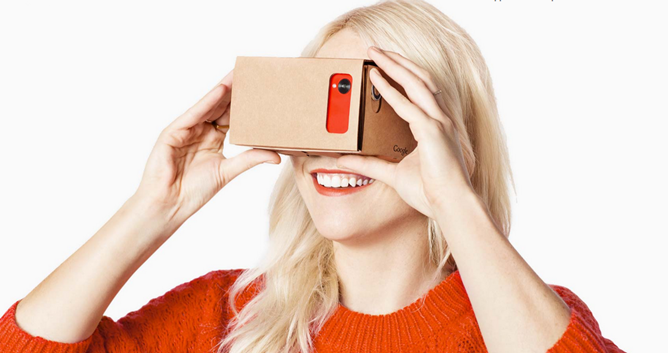 The paper cites "two people familiar with the project" who say that the company is working on another branch of Android specifically for virtual reality hardware and software. The WSJ paints a picture of yet another Android offshoot in the vein of Android Wear, Android Auto, and Android TV. Google isn't exactly unfamiliar with the world of VR: the aforementioned Cardboard project has been going strong since I/O 2014, steadily adding new apps and developers. Google was still handing out free Cardboard do-it-yourself kits at GDC as late as last week. There's also Google Glass to consider - while that extremely niche hardware was more about augmented reality than virtual reality, a lot of the same ergonomic and UI lessons cross over.

If Google is preparing to dive into virtual reality, it will be up against some stiff competition. Facebook-owned Oculus is widely considered the leader in the field (lending some of its technology to Samsung for the Gear VR), Microsoft's new Hologram platform made waves at CES, and HTC's partnership with Valve on the Re Vive headset is also getting considerable attention. The WSJ report says that Google has assigned more than ten engineers to the open-source project. Though the paper is usually well-informed on upcoming Google happenings, it's best to keep this one firmly in the "rumor" column for now.

Yes, Your Brand Can Survive A Material Redesign