Google is always coming up with deals to get people to try its All Access music subscription (which now includes YouTube Music Key as well). After offering free trials when the service first launched or with every Chromecast purchase, it's now discounting a 3-months subscription to a total of $3, i.e. a mere Washington per month. 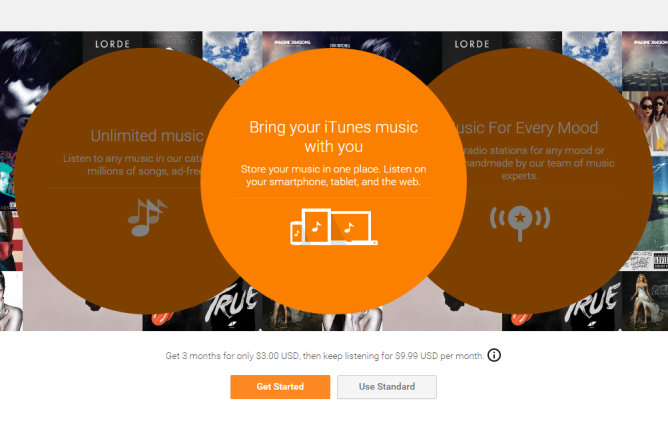 As the deal's terms state, this offer is only valid for new subscribers, but exactly who qualifies as a "new subscriber" remains up in the air. Obviously, if you're completely new to GPMAA, you will get the deal, but it seems that if you trialled the service for free before, you don't. However, a SlickDeals user reported canceling his current subscription and making use of the discount. So if you've previously used GPMAA, you can click the promo's link and just hope for the best.

As stated above, this gives you access to Google Play Music's entire catalogue of songs as well as YouTube's music background playback and offline downloads. When the 3 months are over, your subscription will be renewed at the regular rate of $9.99 per month (unless you cancel it beforehand).