Cerberus is a solid little app that makes it easy (or at least easier) to find/lock your phone or tablet if it's lost or stolen. The app has accumulated over a million downloads on the Play Store, so clearly it has earned some loyal users. The update to version 3.1 adds a couple of crucial features: full support for both Android Wear and Android 5.0. If you have either one, you'll appreciate the added functionality. 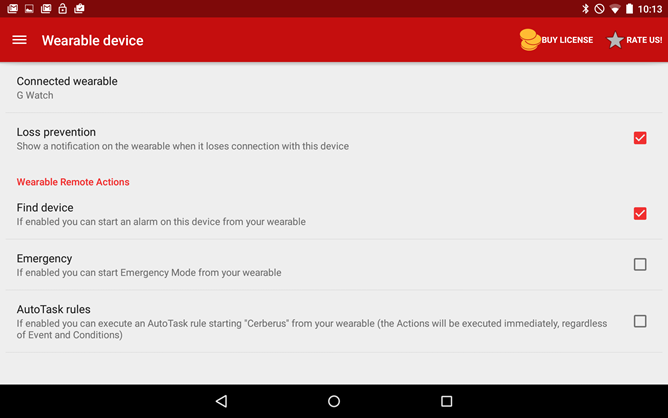 For Android Wear, Cerberus can send an alert to your watch to let you know when it's lost a connection with the phone or tablet. Wear has this functionality built-in, but it's more of a notification than a "your phone is being stolen" alert. It also allows users to initiate a "here I am" alert on their phone from their watch, start the Cerberus Emergency Mode (which will email you with status updates on your device's location), and activate any AutoTask rules you may have set up. 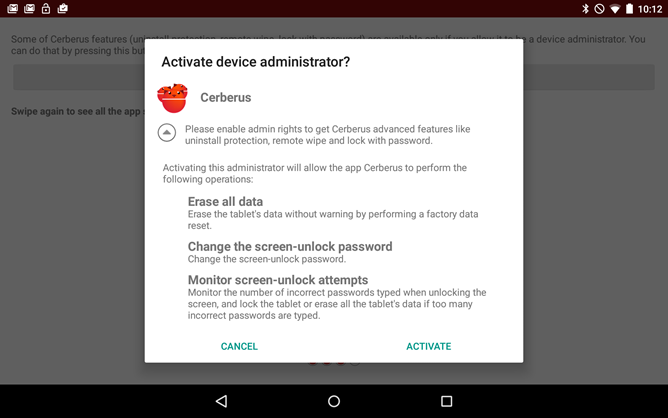 Before now, Cerberus was apparently incompatible with the "device administrator" elevated privileges (in the Security section of Android's main Settings menu) on Lollipop. That's been alleviated with the latest update, so the app can once again control various lockscreen and password functions, as well as wipe the device completely if the remote command is input. Which is, you know, kind of useful for a security app. The usual "bug fixes" are also mentioned in the update text.

Cerberus offers a free week-long trial on your first download, after which the app and its remote functions cost a little more than $5 via in-app purchase. Cerberus has become a little less necessary after the implementation of Google's own Android Device Manager, but it's still useful for users who want more nuanced control over anti-theft options.