LEGO stirs up different images these days. It used to be a term synonymous with building blocks. Now it's just as likely to strike up memories of humorous movie adaptations and quirky kids' shows featuring talking animal warriors. The latest LEGO game for Android concerns the latter.

LEGO Legends of Chima: Tribe Fighters is a top-down shooter the likes of which we've been playing for decades. Your character runs upwards, firing shots at regular intervals. Enemies do the same, just in the opposite direction. All you have to do is move your character from side-to-side, dodging shots and occasionally unleashing special attacks. Sometimes allies jump in to lend you a hand. Usually this genre involves space ships and aliens, but the gameplay remains the same. If the Legends of Chima branding doesn't stir any emotions inside you, this game isn't for you. It's for your kids. Ask them all about the Lion and Saber-Tooth Tiger tribes. See if they're fond of the Protectors or the Ice Hunters. Then hand them this little mobile title that lets them play as either.

Don't worry, there aren't any in-app purchases despite the lack of a price tag, so they're not going to run up your bill buying LEGO sets, virtual or otherwise. And if you rather let the kids play using a cheap Fire tablet rather than your phone, you can find the title in the Amazon Appstore as well. 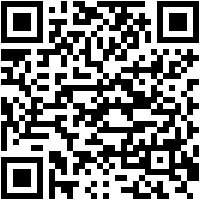