Roguelike games have become a big deal lately, and several notable ones have come to Android including bit Dungeon II and Wayward Souls. The latest title to migrate to Android is Pixel Heroes: Byte & Magic, which gets rave reviews on Steam. It's a little pricey at $6.99, but you should at least watch the video below. It as much a performance piece as it is a game promo.

Being a Roguelike game means a few things—retro graphics, procedural dungeon generation, and most importantly, permadeath. If you die in Pixel Heroes, you have to start over. There are more than 30 different character classes to unlock, so starting over frequently isn't a bad thing necessarily. You get to experience a lot of different styles of gameplay if you try different classes each time. You can tell a lot of thought went into the design of this game, even with the simple retro graphics. The NPCs have well-written dialog and there are a ton of amusing random events. Pixel Heroes: Byte & Magic won't be for everyone, but it might be for you. Yes, you. 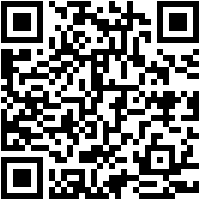