Over the summer, we banged our heads against our computer screens just to feel closer to the sweet upcoming beauty known formally as Material Design. Then 5.0 arrived and over-the-air updates starting rolling out. Now many of us have had months for the newness to wear off.

But some of us just can't get enough. We want material all the things, not just apps. It's an insatiable desire that not even Google, with its inconsistent app designs, is able to fill. But there's a developer out there that has contributed another way to satisfy the craving, by releasing the Chrooma Live Wallpaper. 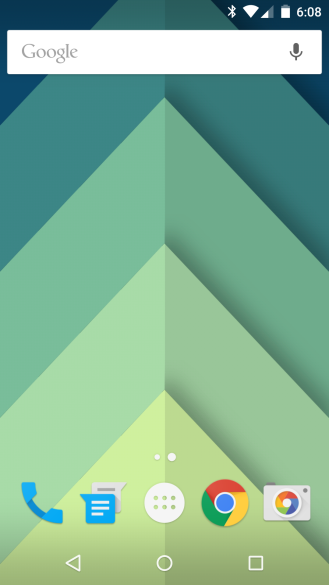 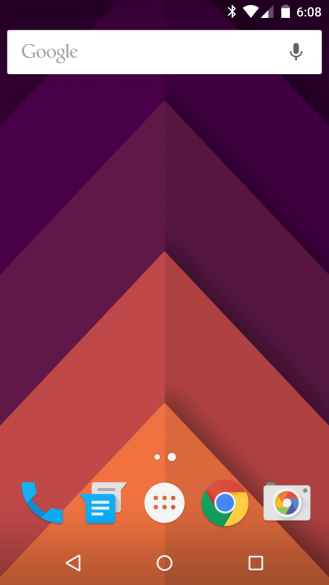 This live wallpaper comes from the makers of Chrooma, a puzzle game that's as material as any app. It should look familiar to anyone who has played that title, but you don't need to have done so to appreciate the aesthetic. Chrooma sticks a stack of four triangles, which look like the corners of folded paper, on your background with the points facing upwards. Every time you return back to the homescreen, the colors change. And if you linger around for too long, the triangles slowly start to move up and down. As far as animations go, that's it. Chrooma Live Wallpaper is subtle. Its primary purpose is to look pretty on Lollipop devices, and I'd say it succeeds. Sure, it looks good on older versions of Android as well, but that's neither here nor there.

Unlike the game it's based on, the Chrooma live wallpaper isn't free. Getting those triangles on your homescreen will cost 99 cents. Pixel Heroes: Byte & Magic Could Be The Roguelike Retro RPG Of Your Dreams/Nightmares